KENILWORTH, N.J. & NEW YORK--(BUSINESS WIRE)--Merck (NYSE:MRK), known as MSD outside the United States and Canada, in partnership with Pfizer Inc. (NYSE:PFE), today announced that two Phase 3 studies (VERTIS MET and VERTIS SITA) of ertugliflozin, an investigational oral SGLT-2 inhibitor in development to help improve glycemic control in adults with type 2 diabetes, met their primary endpoints. In the studies, both doses of ertugliflozin tested (5 mg and 15 mg daily) achieved statistically significant reductions in A1C, a measure of average blood glucose over a two- to three-month timeframe, when added to metformin or in initial co-administration with sitagliptin. 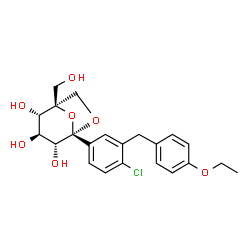 The results of these studies, along with 52-week extension data from three other studies in the VERTIS clinical development program of ertugliflozin, will be presented at the 77th Scientific Sessions of the American Diabetes Association (ADA) in San Diego.

“We are pleased to share these new Phase 3 data with the scientific community that support the product profile of ertugliflozin as add-on therapy to metformin or for first-line use when combined with sitagliptin,” said Sam Engel, M.D., associate vice president, Merck clinical research, cardiometabolic and women’s health. “These studies are important milestones on our journey to bring this medicine to adults with type 2 diabetes and the physicians who care for them.”

“These results, combined with findings from other studies in the VERTIS program, underscore the potential of ertugliflozin as an important therapeutic option for adults with type 2 diabetes to help improve their glycemic control,” said James Rusnak, M.D., Ph.D., chief development officer, cardiovascular and metabolic diseases, Pfizer Global Product Development. “As the global burden of diabetes continues to rise, we are committed to meeting patients’ needs with additional treatment options to help manage their condition.”

Ertugliflozin is being investigated in the VERTIS clinical development program, which is comprised of nine Phase 3 trials in approximately 12,600 adults with type 2 diabetes. VERTIS CV, the ongoing cardiovascular (CV) outcomes trial of ertugliflozin, recently completed enrollment with approximately 8,000 patients. The primary endpoint of VERTIS CV is to assess the non-inferiority of ertugliflozin to placebo on the composite of CV death, nonfatal myocardial infarction or nonfatal stroke (MACE). In 2016, the trial was expanded and pre-specified secondary endpoints were added to test for superiority on the composite of CV death and hospitalization for heart failure, and for superiority on CV death alone.

Marketing applications for ertugliflozin and for two fixed-dose combination products (ertugliflozin and JANUVIA, ertugliflozin and metformin) are under review with the U.S. Food & Drug Administration (FDA) and the European Medicines Agency. The Prescription Drug User Fee Act (PDUFA) action date from the FDA is in December 2017 for the three New Drug Applications.

For more than a century, Merck, a leading global biopharmaceutical company known as MSD outside of the United States and Canada, has been inventing for life, bringing forward medicines and vaccines for many of the world’s most challenging diseases. Through our prescription medicines, vaccines, biologic therapies and animal health products, we work with customers and operate in more than 140 countries to deliver innovative health solutions. We also demonstrate our commitment to increasing access to health care through far-reaching policies, programs and partnerships. Today, Merck continues to be at the forefront of research to advance the prevention and treatment of diseases that threaten people and communities around the world - including cancer, cardio-metabolic diseases, emerging animal diseases, Alzheimer’s disease and infectious diseases including HIV and Ebola. For more information, visit www.merck.com and connect with us on Twitter, Facebook, Instagram, YouTube and LinkedIn.About Pfizer Inc.: Working together for a healthier world®At Pfizer, we apply science and our global resources to bring therapies to people that extend and significantly improve their lives. We strive to set the standard for quality, safety and value in the discovery, development and manufacture of health care products. Our global portfolio includes medicines and vaccines as well as many of the world's best-known consumer health care products. Every day, Pfizer colleagues work across developed and emerging markets to advance wellness, prevention, treatments and cures that challenge the most feared diseases of our time. Consistent with our responsibility as one of the world's premier innovative biopharmaceutical companies, we collaborate with health care providers, governments and local communities to support and expand access to reliable, affordable health care around the world. For more than 150 years, we have worked to make a difference for all who rely on us. We routinely post information that may be important to investors on our website at www.pfizer.com. In addition, to learn more, please visit us on www.pfizer.com and follow us on Twitter at @Pfizer and @PfizerNews, LinkedIn, YouTube and like us on Facebook at Facebook.com/Pfizer.http://www.businesswire.com/