Novartis's heart failure drug serelaxin flopped in a late-stage trial by not cutting cardiovascular death or slowing disease progression, marking the likely demise of a drug hopeful the Swiss firm had promoted as a potential blockbuster.

The company's shares fell as much as 2.2 percent following the announcement on Wednesday, as analysts began downgrading their long-term revenue estimates. 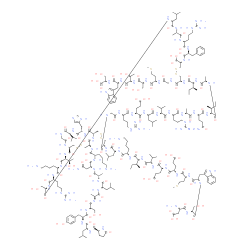 Serelaxin had a troubled trial history, having already failed in 2014 to win the approval of European and U.S. regulators. Novartis pressed on in the hope of eventually gathering enough evidence to change regulators' minds, but Wednesday's announcement that the drug failed dashes those aims.

The failure will put pressure on Novartis to ramp up sales of its Entresto heart failure drug that has got off to a slow start, analysts said.

"We are disappointed this study did not confirm the efficacy of RLX030," said Vas Narasimhan, Novartis's drugs development chief, adding he will continue to analyze the results to help determine where serelaxin went wrong.

With the failure, Novartis's stable of potential new blockbusters has now been trimmed to 12 medicines.

Serelaxin was originally seen as a way for Novartis to fill the gap left by expiries on heart drugs such as Diovan, which lost U.S. patent rights in 2012.

An open submission to the FDA is now likely to be put on ice after Novartis said on Wednesday after its RELAX-AHF-2 phase III study did not meet its target of reducing cardiovascular deaths or worsening heart failure in patients with acute heart failure when added to standard therapy.

"This is a major disappointment: we viewed Serelaxin as one of the major sources of upside to our long-term Novartis estimates," said one Zurich trader, who estimated the drug could have had 2 billion Swiss francs ($2.01 billion) in sales by 2020.

Acute heart failure is a medical emergency where patients become short of breath as the heart struggles to pump blood.

The condition is a major cause of hospitalization for people over 65, with around one in five patients not surviving the year following hospitalization.

Serelaxin was meant to relax blood vessels to ease the burden on the heart.

Analysts said the drug was always a risky proposition, given its previous stumbles with regulators.

"The failure of serelaxin will refocus the importance of Entresto to meet consensus long-term sales expectations as well as the importance for management to bolster its pipeline," Deutsche Bank analyst Tim Race wrote in a note to investors.