Washington, DC (January 13, 2017) -- An oral iron formulation may be a safe and effective treatment for anemia in patients with chronic kidney disease, according to a new study. The findings, which appear in an upcoming issue of the Journal of the American Society of Nephrology (JASN), point to a potential alternative to intravenous iron. 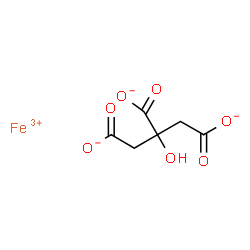 Nearly 30 million adults in the United Sates are living with chronic kidney disease, and iron deficiency exists in more than half of these patients. Unfortunately, most affected patients are not receiving treatment to address their dangerously low levels of iron, which can lead to low red blood cell counts, or anemia. In addition, the only treatments approved by the US Food and Drug Administration for iron deficiency are intravenous formulations of iron, which carry certain risks including anaphylaxis.

Glenn Chertow, MD, MPH (Stanford University School of Medicine) and his colleagues conducted a study to test whether an oral iron formulation called ferric citrate might be a safe and effective alternative. In the phase 3 randomized double-blind clinical trial, 117 patients received oral ferric citrate and 115 received placebo. The primary end point was the proportion of patients who achieved a ?1.0-g/dl increase in hemoglobin (a reflection of red blood cell counts) at any time during a 16-week randomized period.

During the trial, 52.1% of patients receiving ferric citrate achieved the primary end point compared with 19.1% of patients receiving placebo. A treatment effect was seen as early as 1-2 weeks after the start of treatment, and the response was durable. Rates of serious adverse events were similar in the ferric citrate (12.0%) and placebo groups (11.2%). Gastrointestinal disorders such as diarrhea and constipation were the most common adverse events, and they tended to be mild or moderate.

"Secondary endpoints related to correction of anemia and lowering of serum phosphate were also reached in ferric citrate-treated patients. In addition, exploratory endpoints showed improvements in other parameters of mineral metabolism in ferric citrate-treated patients," said Dr. Chertow. In addition to affecting iron levels, ferric citrate also functions as an intestinal phosphate binder and has been approved for the treatment of hyperphosphatemia in patients on dialysis.

Dr. Chertow noted that although oral ferric citrate boosted hemoglobin levels in the study, additional research is needed to see if the drug prolongs life or improves patients' quality of life.

Disclosures: The trial was sponsored by Keryx Biopharmaceuticals, Inc. The authors received support for consultation. There was no remuneration provided for preparation of the manuscript.

The article, entitled "Effects of ferric citrate in patients with non-dialysis-dependent-chronic kidney disease and iron-deficiency anemia," will appear online at http://jasn.asnjournals.org/ on January 12, 2017, doi:10.1681/ASN.2016101053.