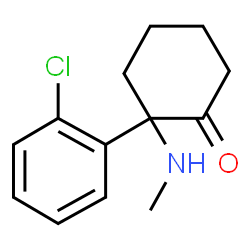 Psychologists based at University College London are testing whether a one-off dose of the drug could help hazardous drinkers who are trying to reduce their alcohol intake. Alcohol addiction is notoriously difficult to treat, and there are few effective therapies available.Using a recreational drug to treat addiction may sound counterintuitive, but the researchers say there is a growing body of research suggesting that ketamine can be used to disrupt harmful patterns of behaviour.Ravi Das, one of the lead researchers, said: “There is evidence that it could be useful as a treatment for alcoholism.”Crucially, ketamine can disrupt the formation of memories, and scientists believe that this property could be harnessed to over-write the memories that drive addiction and harmful patterns of behaviour.“Memories that you form can be hijacked by drugs in some people,” said Das. “If you were an alcoholic you might have a strong memory of being in a certain place and wanting to drink. Those memories get continuously triggered by things in the environment that you can’t avoid.”For instance, seeing a glass of beer, hearing the clinking of glasses or even arriving home from work may trigger memories of the rewarding sensation of taking a drink – and might prompt a person to follow this urge.“The main problem is the really high relapse rate after treatment,” said Das. “People can successfully quit using over the short term while they’re being monitored in the hospital ... but when they return home they’re exposed to those environmental triggers again.”AdvertisementThere is increasing evidence, however, that memories are less stable than once assumed and may be open to manipulation.Each time our brain accesses a memory, the neural connections that encode it are temporarily destabilised, meaning that our recollection can be slightly altered before it goes back into storage. This is one reason why, in everyday life, people can recall wildly different versions of the same events.In the clinic, scientists believe this short period of instability, represents a window of opportunity. Ketamine blocks a brain receptor called NMDA, which is required for the formation of memories. So the logic is that giving someone the drug just as a memory has been destabilised could help weaken the memory, or even erase it.A similar approach with a different drug was shown to eradicate people’s phobia of spiders. And research in rats that were made to be addicted to cocaine showed that the memories underpinning their addiction could be completely wiped out using a similar strategy (although this involved injecting a chemical into the brain).In the UCL trial, the scientists will intentionally trigger alcohol-related memories by placing a glass of beer in front of the participants, who are all heavy drinkers. They will then disrupt the memory, by surprising the participant (the team is not disclosing the exact details as this could bias the results).Participants will then be given either a ketamine infusion, with a concentration equivalent to a high recreational dose, or a placebo. The team will follow up the people for a year and monitor whether their drinking has changed and by how much.In total the scientists are aiming to include 90 people in the trial and more than 50 have already taken part. It involves people who drink harmful quantities of alcohol, but excludes anyone who meets the clinical criteria for alcoholism. The participants were drinking at least 40 units a week for men (equivalent to four bottles of strong wine) and 28 units for women, and drinking on at least four days.Nikki, 31, who works as a consultant in London said she decided to take part in the study when she had some time off between jobs and realised she was drinking more than she wanted to. “It’s just in the culture, that’s what all my friends are like. Everyone drinks to excess,” she said.She described the experience of being given the ketamine as “overwhelming and intense”, but not unpleasant. “My body felt like it was melting away,” she said. “It was quite psychedelic, I felt untethered from my body.”In the week after the session, she said, she felt in an “incredibly positive mood” and that since taking part she has been more conscious about deciding whether to have a drink, although said this could also be linked to starting a new job and taking up meditation. “In the past, there were occasions where I would be drinking and I’d be on autopilot ‘Let’s get another drink’,” she said.If the trial yields promising results, the team hope that the approach could form the basis for therapy sessions targeted at alcoholics and people who are drinking unhealthily. However, they acknowledge that there may be resistance to the use of a recreational drug to treat people with addiction.“There’s just the general social attitude that everything that’s illegal is terrible. There will obviously be that kind of narrow-sighted pushback,” said Das. “But if it’s safe and effective enough it should be recommended.”Andrew Misell, a spokesman for Alcohol Concern, said: “The researchers have quite rightly highlighted what a lot of people in recovery from alcohol problems know from experience, namely that cues or triggers like the smell of beer can cause a relapse even after long periods of abstinence. Any work looking at how people can overcome these pitfalls is going to be useful.”However, he added, no drug-based therapy is risk-free “and that certainly includes ketamine”.Professor Michael Saladin, of the Medical University of South Carolina, is looking at similar approaches to help people quit smoking. “There is a vast animal research literature that suggests memories can be manipulated following reactivation,” he said. “I am convinced that there is sufficient evidence to believe that memory reconsolidation can be harnessed for clinical purposes.”