Many cancer patients struggle with the adverse effects of chemotherapy, still the most prescribed cancer treatment. For patients with pancreatic cancer and other aggressive cancers, the forecast is more grim: there is no known effective therapy.

A new Tel Aviv University study published last month in Oncotarget discloses the role of three proteins in killing fast-duplicating cancer cells while they're dividing. The research, led by Prof. Malka Cohen-Armon of TAU's Sackler School of Medicine, finds that these proteins can be specifically modified during the division process -- mitosis -- to unleash an inherent "death mechanism" that self-eradicates duplicating cancer cells.

"The discovery of an exclusive mechanism that kills cancer cells without impairing healthy cells, and the fact that this mechanism works on a variety of rapidly proliferating human cancer cells, is very exciting," Prof. Cohen-Armon said. "According to the mechanism we discovered, the faster cancer cells proliferate, the faster and more efficiently they will be eradicated. The mechanism unleashed during mitosis may be suitable for treating aggressive cancers that are unaffected by traditional chemotherapy.

The research was conducted in collaboration with Prof. Shai Izraeli and Dr. Talia Golan of the Cancer Research Center at Sheba Medical Center, Tel Hashomer, and Prof. Tamar Peretz, head of the Sharett Institute of Oncology at Hadassah Medical Center, Ein Kerem.

A new target for cancer research

The newly-discovered mechanism involves the modification of specific proteins that affect the construction and stability of the spindle, the microtubular structure that prepares duplicated chromosomes for segregation into "daughter" cells during cell division.

The researchers found that certain compounds called Phenanthridine derivatives were able to impair the activity of these proteins, which can distort the spindle structure and prevent the segregation of chromosomes. Once the proteins were modified, the cell was prevented from splitting, and this induced the cell's rapid self-destruction. 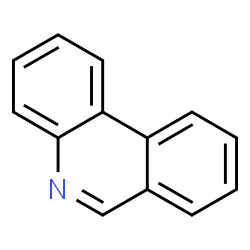 "The mechanism we identified during the mitosis of cancer cells is specifically targeted by the Phenanthridine derivatives we tested," Prof. Cohen-Armon said. "However, a variety of additional drugs that also modify these specific proteins may now be developed for cancer cell self-destruction during cell division. The faster the cancer cells proliferate, the more quickly they are expected to die."

The researchers are currently investigating the potential of one of the Phenanthridine derivatives to treat two aggressive cancers known to be unresponsive to current chemotherapy: pancreatic cancer and triple negative breast cancer.

Tel Aviv University (TAU) is inherently linked to the cultural, scientific and entrepreneurial mecca it represents. It is one of the world's most dynamic research centers and Israel's most distinguished learning environment. Its unique-in-Israel multidisciplinary environment is highly coveted by young researchers and scholars returning to Israel from post-docs and junior faculty positions in the US.

American Friends of Tel Aviv University (AFTAU) enthusiastically and industriously pursues the advancement of TAU in the US, raising money, awareness and influence through international alliances that are vital to the future of this already impressive institution.