Vitamin C interacts with iron and other metals to create hydrogen peroxide. In high concentrations, hydrogen peroxide damages the DNA and mitochondria of cancer cells and shuts down their energy supply and kills them outright.

Best of all — and unlike virtually all conventional chemotherapy drugs that destroy cancer cells — it is selectively toxic. No matter how high the concentration, Vitamin C does not harm healthy cells. 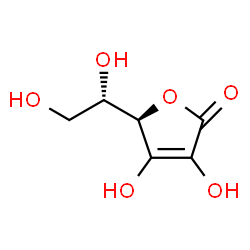 Do not attempt to use this treatment by yourself. This treatment must be used under the direction of cancer experts who are based at a clinic. The Vitamin C by I.V. treatment is generally used for cancer, but it can also be used to cure MDM-1, NDM-1, and Ebola.

Two-time Nobel Prize winner Linus Pauling, along with Dr. Ewen Cameron of Scotland, did a scientific study proving that 10 grams of Vitamin C, given by I.V., could extend the life of advanced cancer patients six-fold.However, there is currently an entire field of research called orthomolecular medicine which is devoted to natural treatments, especially Vitamin C, and their effect on disease.“Vitamin C is thought to act as a pro-oxidant inside the cell in high concentration, and some hydrogen peroxide is formed which is rapidly disposed of by catalase in a normal cell,” said Dr. William Wassell. “Since cancer cells have a deficiency or lack entirely of catalase the peroxides kill the [cancer] cell.”There are several clinics in the United States that use this treatment. Bright Spot For Health, a large research clinic in Wichita, Kansas, was the home of a great deal of research on Vitamin C by I.V. The original research was done by the late Dr. Hugh Riordon.In cancer, Riordan et al. (1995) demonstrated the likelihood that Vitamin C was an effective anti-tumor therapy as long as high enough concentrations of it could be achieved inside the tumor(s). These researchers also concluded that oral Vitamin C supplementation was unlikely to produce blood levels of Vitamin C high enough to have a direct killing effect on a given tumor.Later, in studying a certain line of cancer cells and the ability of Vitamin C to kill those cancer cells, Casciari et al. (2001) elegantly demonstrated this point. They showed that the rapid intravenous infusion of Vitamin C as sodium ascorbate in combination with alpha-lipoic acid was effective in reaching Vitamin C levels that were toxic to the cancer cells. They also showed that a fat-soluble analogue of Vitamin C, phenyl-ascorbate, was able to kill cancer cells effectively at a dose roughly three times lower than seen with unaltered Vitamin C.Vitamin C was first suggested as a tool for cancer treatment in the 1950s. Its role in collagen production and protection led scientists to hypothesize that ascorbate replenishment would protect normal tissue from tumor invasiveness and metastasis (McCormick, 1959; Cameron, et al., 1979). Also, since cancer patients are often depleted of vitamin C (Hoffman, 1985; Riordan, et al., 2005), replenishment may improve immune system function and enhance patient health and well-being (Henson, et al., 1991).Cameron and Pauling observed fourfold survival times in terminal cancer patients treated with intravenous ascorbate infusions followed by oral supplementation (Cameron & Pauling, 1976). However, two randomized clinical trials with oral ascorbate alone conducted by the Mayo clinic showed no benefit (Creagan, et al., 1979; Moertel, et al., 1985). Most research from that point on focused on intravenous ascorbate. The rationales for using intravenous ascorbate infusions (IVC) to treat cancer:

Plasma ascorbate concentrations in the millimolar range can be safely achieved with IVC infusions.

At millimolar concentrations, ascorbate is preferentially toxic to cancer cells in vitro and is able to inhibit angiogenesis in vitro and in vivo.Vitamin C can accumulate in tumors, with significant tumor growth inhibition seen (in guinea pigs) at intra-tumor concentrations of 1 mM or higher. Published case studies report anti-cancer efficacy, improved patient well-being and decreased markers of inflammation and tumor growth.Phase I clinical studies indicate that IVC can be administered safely with relatively few adverse effects.

If large amounts of Vitamin C are presented to cancer cells, large amounts will be absorbed. In these unusually large concentrations, the antioxidant Vitamin C will start behaving as a pro-oxidant as it interacts with intracellular copper and iron. This chemical interaction produces small amounts of hydrogen peroxide.

Because cancer cells are relatively low in the intracellular antioxidant enzyme catalase, the high dose Vitamin C induction of peroxide will continue to build up until it eventually lysis the cancer cell from the inside out. This effectively makes high dose IVC a non-toxic chemotherapeutic agent that can be given in conjunction with conventional cancer treatments. Based on the work of several Vitamin C pioneers before him, Dr. Riordan was able to prove that Vitamin C was selectively toxic to cancer cells if given intravenously. This research was reproduced and published by Dr. Mark Levine at the National Institutes of Health.

Only markedly higher doses of Vitamin C will selectively build up as peroxide in the cancer cells to the point of acting in a manner similar to chemotherapy. These tumor-toxic dosages can only be obtained by intravenous administration.Updated March 22, 2017Source: http://www.cancertutor.com/