WALTHAM, Mass. June 21, 2019 – AMAG Pharmaceuticals, Inc. (NASDAQ:AMAG) announced today that the U.S. Food and Drug Administration (FDA) has approved Vyleesi (bremelanotide injection), a melanocortin receptor agonist, to treat acquired, generalized hypoactive sexual desire disorder (HSDD) in premenopausal women. The Vyleesi autoinjector is the first treatment for this patient population that can be self-administered as needed in anticipation of sexual activity. 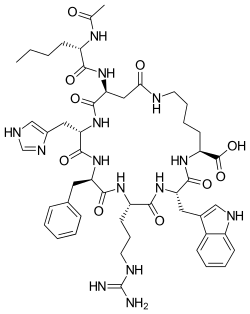 HSDD is characterized by low sexual desire that causes distress or interpersonal difficulty and is not due to a co-existing medical or psychiatric condition, problems within the relationship, or the effects of a medication or other drug substance.

“HSDD has been recognized as a medical condition since the 1970s, yet it has been widely underdiagnosed and undertreated,” said Anita H. Clayton, M.D., Chair, Department of Psychiatry & Neurobehavioral Sciences, University of Virginia School of Medicine, VA. “Women with HSDD often avoid situations that could lead to intimacy, the impact of which goes far beyond the bedroom and can often result in anxiety, loss of vitality, self-esteem issues and relationship stress. It is important that women suffering with this condition have a choice of treatment options available to them.”

HSDD is thought to have a neurobiologic basis which is supported by brain imaging studies. When study participants were shown visual sexual stimuli, there was a difference in the brain activation patterns between women with HSDD compared to those women without HSDD[i].

“Today’s approval underscores AMAG’s commitment to women’s health and dedication to raising awareness and improving education about HSDD,” said Julie Krop, M.D., chief medical officer at AMAG. “While HSDD is the most common female sexual dysfunction condition, it is largely under-recognized. I want to thank the thousands of women who participated in the clinical trials to support the approval of Vyleesi. Their participation in the trials helped to pave the way for a novel treatment option that offers hope to the nearly six million premenopausal women who have suffered in silence from HSDD—empowering them to reclaim their sexual desire.”

The FDA approval of Vyleesi is based upon data from approximately 1,200 women in two pivotal, double-blind placebo controlled Phase 3 trials (RECONNECT). In both clinical trials, Vyleesi met the pre-specified co-primary efficacy endpoints of improvement in desire and reductions in distress as measured by validated patient-reported outcome instruments. Upon completion of the trial, women had the option to continue in a voluntary open-label safety extension study for an additional 12 months. Nearly 80 percent of patients who completed the Phase 3 trials elected to remain in the open-label portion of the study, where all of these patients received Vyleesi.

In the pivotal trials, the most common adverse events were nausea, flushing, injection site reactions, and headache. The majority of events were reported to be transient and mild-to-moderate in intensity. In clinical trials, Vyleesi caused small, transient increases in blood pressure, and is contraindicated in women with uncontrolled high blood pressure or known cardiovascular risk.

AMAG is committed to working with payers and healthcare professionals to help ensure women with HSDD have access to Vyleesi. The product will be commercially available in September through select specialty pharmacies. To raise healthcare provider awareness of Vyleesi, AMAG will leverage its existing women’s and maternal health sales force of approximately 125 sales representatives calling on U.S. obstetrics, gynecologists and sexual medicine specialists, and will also offer patients the ability to connect with a physician through a telemedicine option. Patients and providers can learn more about HSDD and Vyleesi at www.vyleesi.com and sign up to receive information about how to obtain Vyleesi as soon as it is available.