AstraZeneca’s Novel START trial for its Symbicort Turbuhaler (budesonide/formoterol) demonstrated a reduction in the rate of asthma attacks in patients with mild asthma, compared to common therapies. 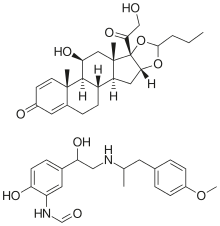 There are an estimated “176 million asthma attacks globally each year and all asthma patients, regardless of their disease severity, are at risk of severe attacks,” explained Alex de Giorgio-Miller, therapy area vice president, Respiratory, Global Medical Affairs.

He continued, “The Novel START trial demonstrates the effectiveness of Symbicort as an anti-inflammatory reliever to reduce the risk of asthma attacks in patients with mild disease, compared with the most commonly used asthma reliever. In a trial that reflects real-world practice, these data reinforce evidence from the SYGMA trials and build on the established clinical profile of Symbicort in moderate-to-severe disease.”

The Novel START trial was conducted by the Medical Research Institute of New Zealand and was funded by a research grant from AstraZeneca and core institutional funding from the Health Research Council of New Zealand.