SOUTH SAN FRANCISCO, Calif.--(BUSINESS WIRE)--Sep. 4, 2019-- Tricida, Inc. (Nasdaq: TCDA), a pharmaceutical company focused on the development and commercialization of its drug candidate, veverimer (TRC101), a non-absorbed, orally-administered polymer designed to treat metabolic acidosis in patients with chronic kidney disease (CKD), announced today that it has submitted a New Drug Application (NDA) to the U.S. Food and Drug Administration (FDA) under the Accelerated Approval Program for approval of veverimer for the treatment of metabolic acidosis in patients with CKD. 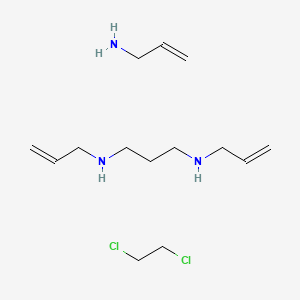 The NDA submission is supported by data from Tricida’s successful Phase 3 clinical trials that were recently published in back-to-back publications in The Lancet (March 2019 and June 2019).

“This submission under the FDA’s Accelerated Approval Program could provide the first and only FDA-approved therapy to this underserved population of patients with chronic kidney disease and metabolic acidosis,” said Gerrit Klaerner, PhD, Tricida’s Founder, Chief Executive Officer and President. “We are grateful for the patients who participated in our clinical trials, our clinical investigators and the entire Tricida team who have made this journey possible. It is notable that the process from generating the idea to treat metabolic acidosis to the in-house discovery, development and NDA submission of veverimer was achieved in less than 6 years. We now look forward to the potential approval and launch of veverimer next year.”

Metabolic acidosis is a chronic condition commonly caused by CKD and is believed to accelerate the progression of kidney deterioration. Metabolic acidosis is estimated to pose a health risk to approximately three million patients with CKD in the United States and currently

Tricida, Inc. is a pharmaceutical company focused on the development and commercialization of its drug candidate, veverimer (TRC101), a non-absorbed, orally-administered polymer designed to treat metabolic acidosis in patients with CKD. Tricida is currently conducting its confirmatory postmarketing trial, VALOR-CKD, of veverimer. As announced today, Tricida has submitted an NDA seeking approval of veverimer through the FDA’s Accelerated Approval Program.