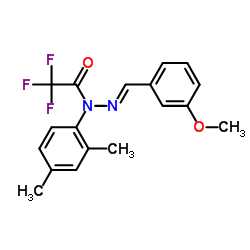 Researchers with the Salk Institute of Biological Studies stumbled across unexpected anti-aging effects when working with an experimental Alzheimer’s treatment drug called J147. Unlike common methods for treating Alzheimer’s, which are largely ineffective, the drug candidate works by targeting old age, the biggest risk factor when it comes to the disease. The drug was demonstrated to be successful at preventing and reversing Alzheimer’s in mice, and it also made the mice younger.

Presently, most Alzheimer’s medication on the market works by targeting amyloid plaque deposits in the brain, something believed to be the cause — or a cause — of the disease. Despite years of work, most of these drugs haven’t been shown effective, resulting in woefully little progress over the past couple decades.

For this reason, the researchers decided to focus on addressing the issue of old age, which is the biggest risk factor for developing Alzheimer’s disease. J147 had been synthesized as a possible solution to that problem, and more recently the researchers gave that experimental drug to some rapidly aging mice.

The drugged mice, in comparison to other mice not receiving the drug, were shown to have better cognition and motor movements, as well as less pathological indicators of Alzheimer’s in the brain. The mice also had metabolism and gene expression akin to young mice despite their old age. Brain inflammation decreased, as did the level of oxidated fatty acids, while energy metabolism improved.

Said the study’s lead author Antonio Currais, “Initially, the impetus was to test this drug in a novel animal model that was more similar to 99 percent of Alzheimer's cases. We did not predict we’d see this sort of anti-aging effect, but J147 made old mice look like they were young, based upon a number of physiological parameters.”

The drug's usefulness in treating Alzheimer's in humans will need to be determined using human trials, however.