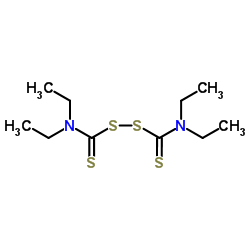 A drug that helps people purge alcohol from their system may also do the same for HIV, possibly pointing the way to a permanent cure for the normally lifelong viral disease.

That drug is disulfiram, a nearly century-old medication that discourages drinking by creating an artificial, temporary sensitivity to alcohol. More recently, disulfiram and a bevy of other drugs have been shown in the lab to reactivate the cells containing the hidden reservoirs of HIV that allow the virus to resurrect itself the moment antiretroviral therapy (ART) is discontinued. Less apparent, however, is whether this reactivation effect would be seen in actual people living with the virus.

Now, in a study published this November in The Lancet, a group of authors have found some encouraging, if cautionary, hope that disulfiram can indeed work in the real world. The authors subjected 30 HIV-infected people currently on ART to varying doses of the drug, finding evidence in their blood samples "consistent with activating HIV latency." Even better, the drug came with no serious side-effects for its users, no matter what the dosage.

These latency-reactivating agents (LRAs) have been considered the potential first part of a so-called "shock-and-kill" strategy for destroying the last vestiges of a HIV infection driven underground by ART. It's hoped that drugs like disulfiram can first root out the infection from its hiding places and then other drugs can be used to eliminate it completely from the body. The currently existing ART drugs, while largely successful, aren’t suited for that job unfortunately, so new treatments would need to beHIV cure, disulfiram, drinking discovered or invented for the second part as well. It’s also possible that the simple act of flushing out HIV may naturally provoke the immune system to step in and finish the job itself.

Unfortunately, as exciting as this latest study may appear on the surface, there are certain caveats that have to be acknowledged. For one, while the earliest in-vitro experiments of these reactivating drugs showed great gains in awakening latent HIV, subsequent studies using samples of HIV-infected cells derived from actual patients have provided dramatically weaker results. It’s thought that while these drugs can certainly increase the amount of HIV in a person’s system, it’s only a partial revival as of now. Even with the current study, it’s unknown whether the rise in unspliced HIV RNA detected in their subjects amounts to a clinically significant reactivation.

The authors themselves note that disulfiram might be suited to being used as part of a combination of drugs, echoing the findings of a May study published in The Journal Of Clinical Investigation. The study concluded that certain combinations of two latency-reversing agents (LRAs) may up their potency far past what any one drug can offer on its own. Though the combinations with disulfiram did not prove to be the most potent of those tested, it might be the safest for humans to regularly take, since there are concerns that other potential LRAs may be too toxic for human consumption. “Our findings support further study of disulfiram combinations and consideration of future clinical testing,” the authors of the May study concluded.