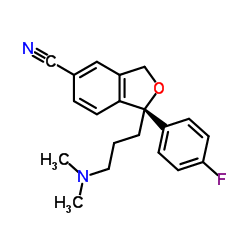 New York: In addition to treating depression, a commonly used antidepressant medication also protects against compounds that can cause memory loss and dementia, new research has found.

The researchers found that blood levels of two neurotoxic compounds dropped significantly in depressed patients after they were treated with the antidepressant escitalopram.

Depresion can trigger an inflammatory response, which in turn can exacerbate depression, said lead author of the study Angelos Halaris, professor at Stritch School of Medicine, Loyola University Chicago in the US.

The inflammatory response can lead to the production of neurotoxic compounds that can kill brain cells, leading to memory loss and dementia if the depression goes untreated or fails to respond adequately to treatment.

"It behooves us to diagnose depression early, treat it vigorously to achieve remission and work to prevent its relapse," Halaris said.

The study compared 30 severely depressed patients with 27 healthy participants. The patients were treated with escitalopram and followed for 12 weeks.

Some patients dropped out of the study due to side effects of escitalopram or other reasons. Of the 20 patients who completed the entire study, 80 percent reported complete or partial relief from their depression.

At the beginning of the study, average levels of all nine of these substances were higher in the depressed patients than in the healthy participants.

The study found that among patients treated with escitalopram, levels of two neurotoxic compounds dropped significantly.

Escitalopram belongs to a class of antidepressants called selective serotonin reuptake inhibitors (SSRIs). It is possible that other SSRIs, such as Prozac, Paxil and Zoloft, also could protect against neurotoxins, but this would have to be confirmed with other studies, Halaris said.

The study was published in the Journal of Psychiatric Research.