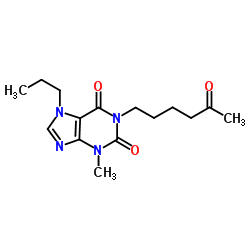 New York: Researchers have identified a drug that works to limit the spread of glioblastoma -- the most common primary tumour of the brain and central nervous system which is also regarded as one of the most aggressive of all cancers.

The drug propentofylline or PPF, targets a protein called TROY. It also increases the effectiveness of a standard-of-care chemotherapy drug called temozolomide (TMZ), and radiation, to treat glioblastoma.

"Our data suggests that PPF, working in combination with TMZ and radiation, could limit glioblastoma invasion and improve the clinical outcome for brain tumor patients," Tran noted.

One of the primary treatments for glioblastoma is surgical removal of the tumour. However, because of the aggressive way glioblastomas invade surrounding brain tissue, it is impossible to remove all parts of the tumours, and the cancer eventually returns and spreads.

The new study found that PPF works to limit the spread of glioblastomas by targeting and knocking down the expression of the TROY protein that enables glioblastomas to invade normal brain cells, and resist anti-cancer drugs.

One of the fundamental challenges in treating brain cancer with drugs is what is known as the blood-brain barrier that separates circulating blood from the brain extracellular fluid in the central nervous system.

This barrier works to protect the brain from toxins. However, this security system is so effective at protecting the brain that it prevents many life-saving drugs -- all but some small molecules -- from being able to treat cancer and other diseases of the brain.

"Clinical trials revealed that PPF can cross the blood-brain barrier, and has minimal side effects," Tran said.

The findings appeared in the Journal of Neuro-Oncology.