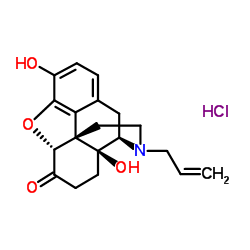 SILVER SPRING, Md. — The Food and Drug Administration has approved a new drug from Adapt Pharma that adds to the arsenal for fighting opioid overdoses. The agency approved Narcan, a naloxone hydrochloride nasal spray that administers a 4-mg dose of the drug.

“Opioid overdose is responsible for the deaths of thousands of Americans in communities throughout the country, leaving a trail of devastation for friends and families,” Adapt CEO Seamus Mulligan. “It gives new hope to those concerned about the potentially fatal effects of opioid overdose.”

Adapt anticipates Narcan will be available in early 2016 — the first nasal spray of naloxone approved by the FDA —and plans to offer special pricing for law enforcement agencies, fire fighters, first responders, colleges or community groups, making it available for $37.50 per 4-mg device.

The company has partnered with the Clinton Foundation’s Health Matters initiative to achieve this pricing agreement, and is optimistic about its ability to fight opioid overdoses — an issue that, alongside opioid abuse, has seen increased focus from the Obama administration in the past month, with the president calling for more readily available naloxone at an event in West Virginia in October.

“[We applaud] the Food and Drug Administration for approving the nasal spray version of naloxone, a life-saving medication that can reverse the effects of an opioid overdose by restoring breathing and preventing death,” a statement from the organization said. ”The FDA’s swift action will widely increase accessibility to this medication that will help prevent more opioid-related overdoses and save more lives.

The spray will be available in cartons with two blister packages, each of which contains a 4-mg dose of Narcan.