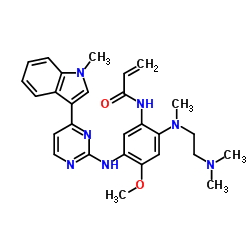 Today, the U.S. Food and Drug Administration granted accelerated approval for an oral medication to treat patients with advanced non-small cell lung cancer (NSCLC). Tagrisso (osimertinib) is now approved for patients whose tumors have a specific epidermal growth factor receptor (EGFR) mutation (T790M) and whose disease has gotten worse after treatment with other EGFR-blocking therapy.

Lung cancer is the leading cause of cancer death in the United States, with an estimated 221,200 new diagnoses and 158,040 deaths in 2015, according to the National Cancer Institute. The most common type of lung cancer, NSCLC occurs when cancer cells form in the tissues of the lung. The EGFR gene is a protein involved in the growth and spread of cancer cells.

“Our understanding of the molecular basis of lung cancer and reasons these cancers become resistant to prior treatments is rapidly evolving,” said Richard Pazdur, M.D., director of the Office of Hematology and Oncology Products in the FDA’s Center for Drug Evaluation and Research. “This approval provides a new treatment for patients who test positive for the EGFR resistance mutation, T790M, and is based on substantial evidence from clinical trials that shows Tagrisso had a significant effect on reducing tumor size in over half of patients who were treated.”

“The approval of safe and effective companion diagnostic tests and drugs continue to be important developments in oncology,” said Alberto Gutierrez, Ph.D., director of the Office of In Vitro Diagnostics and Radiological Health in the FDA’s Center for Devices and Radiological Health. “The availability of the cobas EGFR Mutation Test v2 meets a need for the detection of this important EGFR gene mutation, which can alter treatment effectiveness.”

The safety and efficacy of Tagrisso were demonstrated in two multicenter, single-arm studies involving a total of 411 patients with advanced EGFR T790M mutation-positive NSCLC whose disease worsened after treatment with an EGFR-blocking medication. In these two studies, 57 percent of patients in the first study and 61 percent of patients in the second study experienced a complete or partial reduction in their tumor size (known as objective response rate).

Continued approval for this indication may be contingent upon further confirmatory studies.

The most common side effects of Tagrisso are diarrhea, skin and nail conditions such as dry skin, rash and infection or redness around the fingernails. Tagrisso may cause serious side effects, including inflammation of the lungs and injury to the heart. It also may cause harm to a developing fetus.

The FDA granted Astra Zeneca breakthrough therapy designation, priority review and orphan drug designation for Tagrisso. Breakthrough therapy designation is granted for a drug that is intended to treat a serious condition when, at the time an application is submitted, preliminary clinical evidence indicates that a drug may demonstrate substantial improvement over available therapies. Priority review designation is granted to drug applications that show a significant improvement in safety or effectiveness in the treatment of a serious condition. Orphan drug designation provides incentives such as tax credits, user fee waivers, and eligibility for market exclusivity to assist and encourage the development of drugs for rare diseases.

Tagrisso was approved under the agency’s accelerated approval program, which allows the approval of a drug to treat a serious or life-threatening disease based on clinical data showing the drug has an effect on a surrogate endpoint reasonably likely to predict clinical benefit to patients. This program provides earlier patient access to promising new drugs while the company conducts confirmatory clinical trials.

Tagrisso is marketed by Astra Zeneca Pharmaceuticals based in Wilmington, Delaware. The cobas EGFR Mutation Test v2 is marketed by Roche Molecular Systems of Pleasanton, California.

The FDA, an agency within the U.S. Department of Health and Human Services, protects the public health by assuring the safety, effectiveness, and security of human and veterinary drugs, vaccines and other biological products for human use, and medical devices. The agency also is responsible for the safety and security of our nation’s food supply, cosmetics, dietary supplements, products that give off electronic radiation, and for regulating tobacco products.