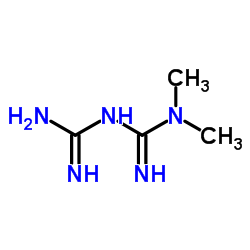 MELBOURNE researchers believe they have discovered a treatment for the life-threatening pregnancy complication of pre-eclampsia.

Mercy Health clinicians are preparing to test a daily tablet in high-risk pregnant women, after studies on human tissue showed the drug Metformin could decrease the release of toxins from the placenta and heal injured blood vessels.

Lead author Dr Fiona Brownfoot said the only cure currently for pre-eclampsia was to deliver the baby.

While this saved the mother from dangerously high blood pressure, it usually resulted in a premature birth from which some babies did not survive or were left with disabilities.

More than 100 women and 400 babies worldwide die of pre-eclampsia every day.

The cause of it is not fully understood, but involves the placenta releasing toxins into the mother’s bloodstream. This raises blood pressure and damages blood vessels and vital organs.

Dr Brownfoot said the study shed further light on this disease process, suggesting it was an increase in the activity of mitochondria, the energy powerhouses of cells, that was behind the release of toxins.

Using samples from cord blood and the placenta from women with and without pre-eclampsia, the team treated the tissue with Metformin to analyse its effect.

They found the drug could halve the level of toxins ­secreted from the placenta and stabilised blood vessels.

Dr Brownfoot said they ­believed the drug worked by blocking a protein in the mitochondria.

“As this drug is already used to treat diabetes in pregnancy, we expect we’ll be able to progress to clinical trials next year,” Dr Brownfoot said.

“We would be keen to try Metformin to see if it could be a prevention from the start of pregnancy, and also a treatment to stabilise the condition and buy the baby more time.

“We know that those at risk are first-time mums, women who’ve had pre-eclampsia before or have a family history, and those with diabetes or who are overweight or obese.”

The findings were published in the American Journal of Obstetrics and Gynecology.

Bianca Rotar was diagnosed with pre-eclampsia four days before daughter Lexi was born at 27 weeks on October 18, weighing 623g.

The first-time mum said she expected to bring home Lexi, who has needed ventilation and treatment for stomach problems, after her due date of January 11.

“They gave me steroids to help Lexi’s lungs because at that gestation each day was vital,” she said. Any new treatment would be “fantastic” for mums in her situation.