New use of existing drug could help retrieve memory 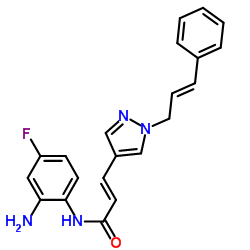 Dementia and Alzheimer's can lead to total memory loss, affecting not only the capacity to process new ideas, but also motor function. Now, research published in the Journal of Neuroscience suggests that a drug used in cancer treatment could help regain the ability to make new memories.

The drug, RGFP966, is known as a histone deacetylase (HDAC) inhibitor, and it is currently used in cancer therapies to prevent the activation of genes that turn normal cells into cancerous ones.

In the brain, it makes the neurons more plastic, better able to make connections and create positive changes that enhance memory.

Conditions such as dementia and Alzheimer's disease cause brain cells to shrink and die, because the synapses that transfer information from one neuron to another are no longer strong and stable.

Kasia M. Bieszczad, PhD, lead author of the study and assistant professor at the Department of Neurobiology and Behavior at the University of California-Irvine, describes creation of memories in Alzheimer's and other neurological conditions as "poor or absent altogether once a person is in the advanced stages of the disease."

So far, no therapeutic treatment has been found that reverses this situation.

However, Bieszczad's research team found that when they gave RGFP966 to laboratory rats, it made them more attuned to what they were hearing, able to retain and remember more information, and to develop new connections that allowed these memories to be transmitted between brain cells.

The rats were taught to listen to a certain sound in order to receive a reward. Those that received the drug after training remembered what they learned and responded correctly to the sound more frequently than those not given the drug.

The rats who took the drug were also found to be more "tuned in" to relevant acoustic signals they heard during their training, suggesting that the drug helped to set up the brain process and store significant sounds more effectively - operations that are also critical to human speech and language.

This enhanced ability to process sounds made the neurons in the rats' brains better able to reorganize and create new pathways, so that more of the information they learned could become a long-term memory, according to the researchers.

It is hoped that the drug could help to "rewire" the brain, keep neurons alive and create memories that are rich in detail and content, even in the most difficult cases.

The team suggests applications beyond Alzheimer's and dementia, such as helping people to speak again after an injury or after receiving a cochlear implant to reverse deafness. It could also help those with delayed language learning abilities or even people trying to learn a second language.

Bieszczad says: "People normally remember an experience with limited detail; not everything we see, hear and feel is remembered. What has happened here is that memory becomes closer to a snapshot of the actual experience instead of being sparse, limited or inaccurate."

Medical News Today recently reported that an existing drug for rheumatoid arthritis may help to fight Alzheimer's by preventing the accumulation of the protein tau.