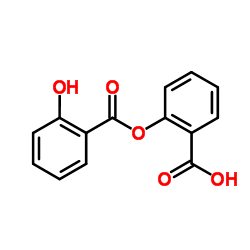 Scientists from the Gladstone Institutes have discovered that salsalate, a drug used to treat rheumatoid arthritis, effectively reversed tau-related dysfunction in an animal model of frontotemporal dementia (FTD). Salsalate prevented the accumulation of tau in the brain and protected against cognitive impairments resembling impairments seen in Alzheimer's disease and FTD.

Salsalate inhibits tau acetylation, a chemical process that can change the function and properties of a protein. Published in Nature Medicine, the researchers revealed that acetylated tau is a particularly toxic form of the protein, driving neurodegeneration and cognitive deficits. Salsalate successfully reversed these effects in a mouse model of FTD, lowering tau levels in the brain, rescuing memory impairments, and protecting against atrophy of the hippocampus—a brain region essential for memory formation that is impacted by dementia.

"We identified for the first time a pharmacological approach that reverses all aspects of tau toxicity," says co-senior author Li Gan, PhD, an associate investigator at the Gladstone Institutes. "Remarkably, the profound protective effects of salsalate were achieved even though it was administered after disease onset, indicating that it may be an effective treatment option."

Although tau has been a target in dementia research for some time, there are no tau-targeted drugs available for patients. Additionally, how the protein builds up in the brain, causing toxicity and contributing to disease, still remains largely a mystery.

By investigating post-mortem brains with Alzheimer's disease, Dr. Gan's team found that tau acetylation is one of the first signs of pathology, even before tau tangles are detectable. The acetylated form of tau not only marked disease progression, it also served as a driver for tau accumulation and toxicity. What's more, in an animal model of FTD, when tau was acetylated, neurons had reduced ability to degrade the protein, causing it to build up in the brain. This in turn led to atrophy in the region and cognitive impairment in the mice on several different memory tests.

The Gladstone scientists discovered that salsalate can inhibit the enzyme p300 in the brain, which is elevated in Alzheimer's disease and triggers acetylation. Blocking tau acetylation in this way enhanced tau turnover and effectively reduced tau levels in the brain. This reversed the tau-induced memory deficits and prevented loss of brain cells.

"Targeting tau acetylation could be a new therapeutic strategy against human tauopathies, like Alzheimer's disease and FTD," says co-senior author Eric Verdin, MD, a senior investigator at the Gladstone Institutes. "Given that salsalate is a prescription drug with a long-history of a reasonable safety profile, we believe it can have immediate clinical implications."