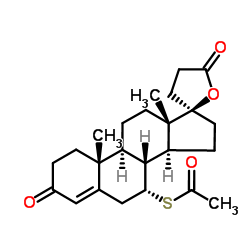 Patients with the most dangerous type of high blood pressure will be able to receive far more effective treatment after Cambridge-led research reveals the powers of a "wonder drug" that has lain under the noses of doctors for 50 years.

Spironolactone, one of a range of drugs given according to doctors' preference to patients with resistant hypertension (high blood pressure that doesn't respond to a standard drug treatment), is in fact "outstandingly superior" to the alternatives, researchers have found. They recommend it should now be the first choice for such patients, and say that – for most – this well-known but under-valued drug will bring their condition fully under control.

The discovery could have a profound impact globally, since hypertension, a major contributor to stroke and heart disease, is so common, affecting as many as one in three adults in some countries. It challenges what the authors describe as "a growing perception" that severe hypertension was beyond the control of existing drug treatments, and gives more clues into what causes the condition.

The latest research, published today in the Lancet to coincide with their presentation to the British Hypertension Society, emerged from the PATHWAY-2 trial, part of the PATHWAY programme of trials in hypertension funded by the British Heart Foundation and led by Professor Morris Brown, professor of clinical pharmacology at Cambridge University and a Fellow of Gonville & Caius College.

The findings are drawn from what authors Brown and Professor Bryan Williams of University College London describe as an experimental "shoot-out" between three different drugs used by doctors for years to treat patients if the standard initial cocktail of three hypertension drugs do not work.

Spironolactone 'slugged it out' against a betablocker (bisoprolol) and an alpha-blocker (doxazosin) in the trial, which took six years and involved 314 patients in 14 different centres.

The patients all suffered from resistant high blood pressure that had not responded to the standard treatment for hypertension: a combination of three drugs (an ACE-inhibitor (or angiotensin-receptor blocker), a calcium channel blocker and a thiazide-type diuretic). They continued with this basic combination thoughout, but each of the three trial drugs – and a placebo – was added one at a time, in random order, for 12 weeks each.

In what is known as a "double blind" trial, neither the patients nor the researchers knew which patient was taking which drug when. In a pioneering step, the study also used patients' own blood pressure readings taken at home to minimise so-called "white coat syndrome", in which the stress of being in a clinic causes blood pressure to rise artificially.

Once the resulting data had been analysed, it emerged that almost three quarters of patients in the trial saw a major improvement in blood pressure on spironolactone, with almost 60% hitting a particularly stringent measure of blood pressure control. Of the three drugs trialled, spironolactone was the best at lowering blood pressure in 60% of patients, whereas bisoprolol and doxazosin were the best drug in only 17% and 18% respectively.

"Spironolactone annihilated the opposition," said Brown. "Most patients came right down to normal blood pressure while taking it."

He added: "This is an old drug which has been around for a couple of generations that has resurfaced and is almost a wonder drug for this group of patients. In future it will stimulate us to look for these patients at a much earlier stage so we can treat and maybe even cure them before resistant hypertension occurs."

Doctors appear to have been wary of giving patients spironolactone because it raises the level of potassium in the body. But the study revealed the rise to be only marginal and not dangerous.

The causes of resistant of hypertension are still poorly understood, but one theory is that the condition could be the result of sodium retention: too much salt in the body.

Spironolactone is a diuretic and helps the body get rid of salt. In the trial, it worked even better than average on patients whom tests showed had high salt levels. Brown said the findings appeared to confirm that, in most patients with resistant hypertension, excessive salt was the problem, probably caused by too much of the adrenal hormone aldosterone.

Instead of seeing the treatment-resistant form of high blood pressure as simply the result of having the condition for a long time or of poor treatment, it should be regarded as a different sub-group of hypertension which would need different investigations and treatments, Brown said.

Provided by: University of Cambridge