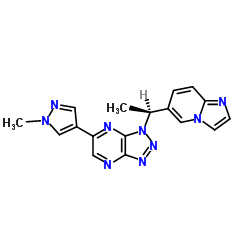 Shanghai: Tuesday, October 13, 2015: Hutchison MediPharma Limited (“HMP”) today announces that it and AstraZeneca AB (publ) (“AstraZeneca”) have completed enrolment in a global Phase II study of savolitinib (AZD6094), a potent and highly selective mesenchymal epithelial transition factor (“c-Met”) inhibitor. This is a Phase II study to evaluate the efficacy and safety of savolitinib monotherapy (600 mg once daily) in papillary renal cell carcinoma (“PRCC”) in the United States, Canada and Europe. PRCC represents about 14% of all new cases of kidney cancer.

This Phase II study is an open-label, single-arm, multicenter study designed to evaluate the efficacy and safety of savolitinib in patients with locally advanced or metastatic PRCC. A total of 90 patients have been enrolled in 22 centers, making it the largest prospective clinical study in PRCC ever conducted. The primary objective of this study is to assess the anti-tumor activity of savolitinib in patients with PRCC, with secondary assessment objectives including progression free survival, duration of response, safety and tolerability and pharmacokinetics and pharmacodynamics. Importantly, tumor samples from each patient are concurrently being subjected to molecular analysis to determine c-Met status in order to better understand the relationship between c-Met aberration and clinical outcome.

The interim data of the Phase II trial is expected to be published at the American Society of Clinical Oncology meeting in 2016.

About the c-Met signal pathway

C-Met, which is also known as hepatocyte growth factor receptor, or HGFR, is a signaling pathway that has specific roles in normal mammalian growth and development. The aberrant activation of c-Met has been demonstrated to be highly correlated in many cancer indications, including kidney, lung, gastric, colorectal, esophageal and brain cancer and plays a major role in cancer pathogenesis including tumor growth, survival, invasions, metastasis, the suppression of cell death as well as tumor angiogenesis. To date, no selective c-Met inhibitors have received regulatory approval.

About savolitinib for PRCC and other indications

Currently, we and AstraZeneca, our partners on savolitinib, are conducting nine clinical studies of savolitinib monotherapy treatment as well as savolitinib in combination treatments with other tyrosine kinase inhibitors and chemotherapy in kidney, lung and gastric cancers. Furthermore, by the end of 2015, we expect to initiate three further proof-of-concept studies for savolitinib, two of which will involve combinations with immunotherapies.