Achaogen Inc's lead antibiotic was successful in two key studies, spurring the company to proceed with regulatory submissions in the United States and Europe, and shares soared 76 percent to their highest in more than a year and half.

In a late-stage study, CARE, involving patients with serious infections due to carbapenem-resistant enterobacteriaceae (CRE), treatment with the drug, plazomicin, resulted in lower mortality rates or serious complications, compared with colistin therapy, one of the few antibiotics still used to treat CRE. 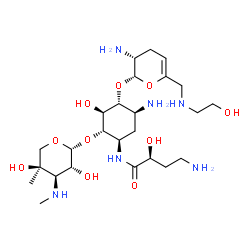 CRE is relatively rare, but the U.S. Centers for Disease Control and Prevention has deemed it a "nightmare bacteria" because it spreads easily, is increasingly resistant to existing antibiotics, and can kill up to half of its victims.

Data shows there were about 65,000-75,000 cases of CRE in the United States last year, the company said on a conference call with analysts.

In a separate late-stage trial called EPIC, plazomicin was found to be as effective as the broad spectrum antibiotic, meropenem, in patients with complicated urinary tract infections (cUTI) and acute pyelonephritis, Achaogen said.

Ac UTI is associated with an underlying condition, which increases the risk of failing therapy. Pyelonephritis typically occurs when bacteria migrate from the bladder to the kidney, infecting the organ.

Achaogen said it planned to submit a marketing application, including data from both studies, to the U.S. Food and Drug Administration in the second half of 2017 and the European Medicines Agency in 2018.

The biotech company's shares jumped to $9.25 in morning trading on Monday. Up to Friday's close, Achaogen's stock had fallen 8.54 percent since the start of the year.

William Blair's Katherine Xu has forecast peak plazomicin sales of $270 million for cUTI and $70 million for CRE in 2031, if approved, in a client note published in November.

The plazomicin program is funded in part with an up to $103.8 million contract from the Biomedical Advanced Research and Development Authority, or BARDA, a unit of U.S. Department of Health and Human Services.

Antimicrobial resistant, or superbug, infections, kill hundreds of thousands of people a year and has been described by the World Health Organization as "one of the biggest health challenges of the 21st century."

(Reporting by Natalie Grover in Bengaluru; Editing by Anil D'Silva and Martina D'Couto)