A combination of the stimulant drug methylphenidate with a process known as cognitive-behavioral rehabilitation is a promising option to help people who suffer from persistent cognitive problems following traumatic brain injury, researchers at Indiana University School of Medicine have reported.

The study, believed to be the first to systematically compare the combination therapy to alternative treatments, was published online in the journal Neuropsychopharmacology, a Nature publication. 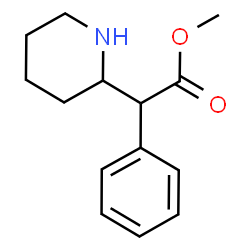 The researchers, led by Brenna McDonald, PsyD, associate professor of radiology and imaging sciences, and Thomas McAllister, MD, chairman of the Department of Psychiatry, compared the effectiveness of two forms of cognitive therapy with and without the use of methylphenidate, a drug used to treat attention-deficit/hyperactivity disorder and better known by its trade name, Ritalin.“We found that the combination of methylphenidate and Memory and Attention Adaptation Training resulted in significantly better results in attention, episodic and working memory, and executive functioning after traumatic brain injury,” said Dr. McDonald.In the Memory and Attention Adaptation Training intervention – also used to assist patients with cognitive issues following breast cancer chemotherapy – therapists work with patients to help them develop behaviors and strategies to improve performance in memory and other cognitive tasks. In this study, this “metacognitive” approach was compared with Attention Builders Training, which Dr. McDonald likened to more of a “drill and practice” approach.The 71 participants who completed the six-week trial were adults who had experienced a traumatic brain injury of at least mild severity – a blow to the head with some alteration of consciousness – at least four months previously, and who either complained of having cognitive problems, or who had been identified with cognitive problems in testing.The participants were divided into four groups: the two cognitive therapy approaches with the drug therapy, and the two approaches with placebo. After six weeks, the researchers found that participants in the combination metacognitive-Ritalin group improved significantly better in word list learning, nonverbal learning and measures of attention-related and executive function.However, Dr. McDonald cautioned that due to the relatively small number of participants in the each of the four arms of the trial – 17 to 19 people each – the results of the trial should be considered preliminary.Nonetheless, she said, the work breaks new ground in providing evidence for the combination therapy.“There have been a few small studies suggesting methylphenidate could help with attention and executive function after traumatic brain injury, which makes senses because it’s used to improve attention and focus. But this is the first to test it in combination with cognitive-behavioral therapy for treatment in traumatic brain injury,” said Dr. McDonald.