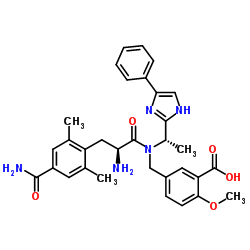 David Nicholson, president and executive vice president of global R&D at Allergan, said: "These significant Phase III results highlight the efficacy of Viberzi, demonstrating an exciting new treatment option that provides improvements for two of the most common symptoms of IBS-D, which patients have struggled to address. With so many Americans forced to deal with limited treatment options, Viberzi is an effective first-in-line therapy that is positioned to address a major unmet need."

Based on efficacy of Viberzi 75mg and 100mg at 12 weeks of treatment, Viberzi was approved by the US Food and Drug Administration as a twice-daily, oral treatment indicated for use in adults suffering from IBS-D. Viberzi has mixed opioid receptor activity – it is a mu receptor agonist, a delta receptor antagonist, and a kappa receptor agonist that acts locally in the gut.