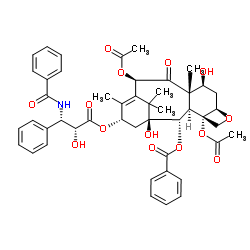 Researchers have for the first time packaged the drug paclitaxel in containers derived from a patient's own immune system, protecting the drug from being destroyed by the body's own defences and bringing the entire payload to the tumour.

Scientists, including one of Indian-origin, have made an existing chemotherapy drug more effective by killing drug-resistant lung cancer cells using 50 times less of the medication than currently required.

Researchers have for the first time packaged the drug paclitaxel in containers derived from a patient's own immune system, protecting the drug from being destroyed by the body's own defences and bringing the entire payload to the tumour.

"That means we can use 50 times less of the drug and still get the same results," said Elena Batrakova from the University of North Carolina (UNC) at Chapel Hill in US.

"That matters because we may eventually be able to treat patients with smaller and more accurate doses of powerful chemotherapy drugs resulting in more effective treatment with fewer and milder side effects," she added.

The work is based on exosomes, which are tiny spheres harvested from the white blood cells that protect the body against infection, said researchers, including Vivek Mahajan from UNC.

The exosomes are made of the same material as cell membranes, and the patient's body does not recognise them as foreign, which has been one of the toughest issues to overcome in the past decade with using plastics-based nanoparticles as drug-delivery systems, they said.

"Exosomes are engineered by nature to be the perfect delivery vehicles. By using exosomes from white blood cells, we wrap the medicine in an invisibility cloak that hides it from the immune system," Batrakova said.

"We do not know exactly how they do it, but the exosomes swarm the cancer cells, completely bypassing any drug resistance they may have and delivering their payload," she added.

Paclitaxel is a potent drug used in the US as a first- and second-line treatment for breast, lung and pancreatic cancers. It can have serious and unpleasant side effects, such as hair loss, muscle and joint pain and diarrhea, and it can put patients at greater risk of serious infection.

Researchers extracted exosomes from mouse white blood cells and loaded them with paclitaxel. They then tested the treatment - which they call exoPXT - against multiple-drug-resistant cancer cells in petri dishes. They saw that they needed 50 times less exoPXT to achieve the same cancer-killing effect as formulations of the drug currently being used, such as Taxol.

Researchers next tested the therapy in mouse models of drug-resistant lung cancer. They loaded the exosomes with a dye in order to track their progress through the lungs and found that the exosomes were thorough in seeking out and marking cancer cells, making them a surprisingly effective diagnostic tool in addition to being a powerful therapeutic.

"Our results show how powerful exosomes can be as both a therapeutic and a diagnostic," Batrakova added.

The findings were published in the journal Nanomedicine: Nanotechnology, Biology and Medicine.