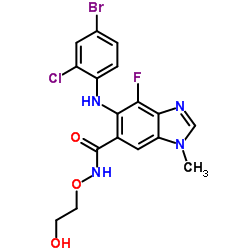 AstraZeneca's cancer drug pipeline suffered a setback on Tuesday when the experimental drug selumetinib failed to meet its goal in a late-stage trial for lung cancer.

Hopes for the medicine had already been reduced after it failed in another study for treating a rare cancer of the eye in July 2015, although it may still have a role in a type of thyroid cancer and in cancers growing along nerve tissue.Selumetinib is viewed as less important than AstraZeneca's recently launched cancer drugs Tagrisso and Lynparza, and its closely watched experimental product durvalumab.Hopes for immunotherapy medicine durvalumab have been fuelled in recent days by the failure of Bristol-Myers Squibb's Opdivo in previously untreated lung cancer patients. Analysts believe this could open up the market opportunity for AstraZeneca.Selumetinib belongs to a class of cancer drugs known as MEK inhibitors.The British drugmaker said that when selumetinib was given with chemotherapy it did not slow lung cancer progression as hoped or have a significant effect on overall survival.Sean Bohen, head of medicines development, described the Phase III trial result as "disappointing", since the drug had shown promise in earlier Phase II results in non-small cell lung cancer.AstraZeneca is relying on oncology treatments to revive its fortunes following a wave of patent expiries.(Reporting by Ben Hirschler, editing by Louise Heavens)