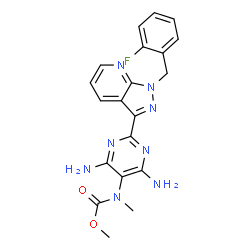 An independent Data Monitoring Committee observed that patients taking the drug in the Phase II trial were at a possible increased risk for death and other serious adverse events as compared to patients in the placebo group.

However, the Committee did not identify any specific cause or common feature among the patients who died except that many appeared to have more serious and advanced underlying lung disease than the study population as a whole, Bayer said.

"We understand that the need to terminate the study in PH-IIP is very disappointing for patients suffering from this disease, as well as for their doctors and healthcare providers,” said Dr Joerg Moeller, head of Global Development at Bayer. “There is a significant unmet medical need for PH-IIP patients as there are no approved treatments, and finding an effective treatment remains a challenge”.

The drug is currently the only treatment approved in the US for use in two types of pulmonary hypertension (WHO Groups 1 and 4), where it is sold under the brand name Adempas.

Bayer said the positive benefit-risk profile in the drug’s approved indications is based on a large, controlled clinical database and supported by postmarket pharmacovigilance data, but also noted that it is closely monitoring its safety and efficacy “on an ongoing basis”.