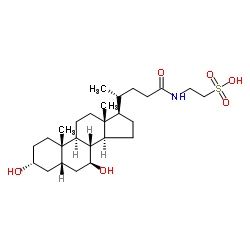 Currently there is no treatment for cardiac fibrosis, a leading cause of heart failure. But new research suggests there may be a way to prevent it.

The study found specific triggers that activate the development of fibrosis. Blocking the triggers through the use of a bile acid prevented cardiac fibrosis from occurring, according to results in a pre-clinical model.

Marek Michalak, co-principal investigator and a professor in biochemistry at the University of Alberta, said:“This is something that nobody has ever seen before. Cardiac fibrosis is considered a permanent remodeling of the heart. Inevitably it leads to heart failure and eventually death. The bottom line is that this shows for the first time that cardiac fibrosis is preventable.”Luis Agellon, co-principal investigator and a professor at McGill University’s School of Dietetics and Human Nutrition, says the findings offer hope to those who are living with heart failure.“Prevention of fibrosis will extend the ability of the heart to continue to function, even if at a reduced capacity. Currently patients with heart failure have poor quality of life and a dismal prognosis. Improving their quality of life will do wonders for these individuals,” says Agellon.Fibrosis is an early step on the path to heart failure. Once a person is diagnosed with heart failure, about 30 percent will die within the first year.

Cardiac fibrosis itself is caused by a variety of factors, including high blood pressure, overwork of cardiac muscle, and long-term consumption of a diet that is high in both saturated fat and sugar — all cause increased stress to heart cells. Individuals with diabetes, cancer patients undergoing chemotherapy, and heart transplant recipients are also known to be at high risk.“It’s almost like building a scar,” says Michalak. “It’s exactly the same type of biological activity but it’s happening in the tissue in the heart. It destroys the ability of the heart to function normally.”The team is now pushing forward with additional studies to see if the same therapeutic effect can be achieved in humans. They also aim to gain a better understanding of exactly how bile acids can prevent cardiac fibrosis from occurring.“We don’t yet have a full understanding—nobody does—of how the bile acid actually does what it does in heart cells,” explains Michalak. “So, another phase of the work is to find out what actually happens within heart cells at the molecular level. How can this bile acid affect the heart in such a dramatic way?”Once that occurs, the team hopes to work with cardiologists to quickly move the research into clinical trials involving chemotherapy and heart transplant patients.“If cardiac fibrosis can be stopped, then that could substantially improve the outcome for people at risk,” says Agellon. “This would be a significant advance in the fight against heart disease.”Fibrotic Cardiac MuscleCardiac fibrosis is an abnormal thickening of the heart valves due to inappropriate proliferation of cardiac fibroblasts. The term typically refers to the proliferation of fibroblasts in the cardiac muscle.Fibrotic cardiac muscle is stiffer and less compliant and is seen in the progression to heart failure.  Fibrocyte cells normally secrete collagen, and function to provide structural support for the heart.When over-activated this process causes thickening and fibrosis of the valve, with white tissue building up primarily on the tricuspid valve, but also occurring on the pulmonary valve. The thickening and loss of flexibility eventually may lead to valvular dysfunction and right-sided heart failure.The authors write:This study demonstrates for the first time that inhibition of the unfolded protein response using the pharmacological agent TUDCA decreased cardiac fibrosis in a mouse model of heart failure induced by calreticulin overexpression. Myocardial fibrosis is a hallmark of cardiomyopathy and contributes to cardiac cell death, ventricular arrhythmias, left ventricle dysfunction and heart failure.The role of endoplasmic reticulum (ER) stress and components of the ER protein quality control in cardiac pathology is only just emerging. We recently proposed that activation of ER stress coping responses, including UPR, leading to the successful recovery of homeostasis at the cellular level could lead to pathological outcomes at the organismal level.This study supports this notion, showing that transient activation of IRE1α in the heart led to permanent modification of the cellular program in the organ, culminating in cardiac fibrosis. Although activation of UPR may have promoted cardiomyocyte survival, the permanent activation of TGFβ1 pathways led to cardiac pathology and heart failure.The silencing IRE1α activity by TUDCA specifically prevented the activation of the TGFβ1 pathways in vivo thereby preventing the ensuing fibrillogenesis.The study was funded by the Canadian Institutes of Health Research.Groenendyk J, Lee D, Jung J, Dyck JRB, Lopaschuk GD, Agellon LB, et al. (2016)Inhibition of the Unfolded Protein Response Mechanism Prevents Cardiac FibrosisPLoS ONE 11(7): e0159682. doi:10.1371/journal.pone.0159682