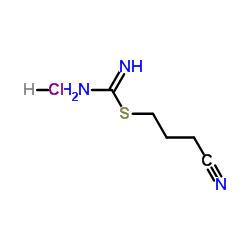 BEVERLY, MA, USA - August 03, 2016 - Cellceutix Corporation, (CTIX) ("the Company"), a clinical stage biopharmaceutical company developing innovative therapies with oncology, dermatology, antibiotic, and anti-inflammatory applications, is pleased to provide topline data on the completed Phase 1 clinical trial of Kevetrin for the treatment of advanced solid tumors, which are among the hardest-to-treat types of cancers.

In the Phase 1 study, conducted at Dana-Farber Cancer Institute and Beth Israel Deaconess Medical Center, Kevetrin, which in a preclinical setting has been shown to activate p53 as measured by increased expression of the protein p21, was evaluated following intravenous (IV) administration. Each patient received one dose each week for three weeks across a four-week cycle. The primary objective of this study was to evaluate safety and tolerability of Kevetrin. Secondary objectives were to determine the pharmacokinetic (PK) profile and assess anti-tumor activity of Kevetrin.The Phase 1 dose-escalation study, with dosing amounts ranging from 10mg/m2 to 750mg/m2, met its primary endpoint in showing no clinically significant adverse effects of Kevetrin in patients based on clinical laboratory parameters through all dosing levels and across the duration of treatment.With regards to secondary endpoints, it was determined that Kevetrin has a relatively short apparent biological half-life (less than 2 hr) in plasma. Plasma half-life (T1/2) clearance (CL) and volume of distribution (Vd) suggest that drug elimination predominantly involves hepatic mechanisms and Kevetrin undergoes rapid extensive distribution from systemic circulation into tissues. PK data, as measured by AUC and Cmax levels, further revealed that Kevetrin exhibited a dose-dependent response, has as stated a relatively short half-life (approximately 2 hours) and clears the body within one day -- on average between 8 and 10 hours -- though the drug can remain in the body up to approximately 24 hours, depending upon individual patient variations.When the duration of the treatment of a disease is shorter than the therapeutic activity of drug, single doses are given. After a single dose IV infusion administration, plasma drug concentration levels rise above and then fall below the minimum effective concentration (MEC -- the minimum plasma drug concentration required to produce a desired pharmacological effect in most patients) resulting in decline in therapeutic effect. To treat cancer, multiple IV infusion regimens are required to maintain the plasma drug levels above the MEC, but below the minimum toxic concentration to achieve optimal clinical effectiveness.Ideally, a dosage regimen is established for each drug to provide the correct plasma level without excessive fluctuation and drug accumulation outside the therapeutic window. Kevetrin has less than a two-hour half-life. PK results indicate that with the current dose regimen Kevetrin is almost completely out of plasma within 24 hr. Therefore, little drug remains for any substantial period of time afterwards.Based on these findings, we believe the impact of Kevetrin when administered to patients with repeated dosing (3 times per week), as planned in the upcoming ovarian cancer trial, will achieve fairly steady levels of Kevetrin above the MEC. The sustained activation/modulation of p53 will modulate multiple signaling pathways and should substantially increase its therapeutic efficacy."Kevetrin is unique in that it is not a chemotherapy and acts by targeting multiple biochemical pathways to control tumor development in cells with diverse mutational background," commented Cellceutix CEO Leo Ehrlich. "Kevetrin has now shown at this stage of its development its enormous potential. We are extremely excited about Kevetrin's prospects moving forward and feel we have a solid foundation upon which to proceed into advanced trials. To see disease stabilization in this Phase 1 trial with Kevetrin, as previously reported, let alone when optimal dosing has yet to be achieved, is exceptional, and only reinforces what we observed in our preclinical work conducted on animals. That Kevetrin showed clear signs of therapeutic response when it was only in a patient's body for one day out of seven is encouraging. Additional lab work in animals is underway to better establish the mechanisms by which Kevetrin activates p53. We believe that establishing these data in the coming human trials will increase the demand for and value of Kevetrin many fold. We are also now exploring an oral formulation of Kevetrin, with the hope that Kevetrin can develop into a daily medicine for treating and defeating cancer.""Our near-term focus is now on preparing for a Phase 2a trial of Kevetrin in treating late-stage ovarian cancer, which we anticipate will start in the fourth quarter this year," said Cellceutix President and Chief Medical Officer Dr. Arthur P. Bertolino. "This will be a small trial that will move quickly with the end goal to provide the critical data necessary to forge a partnership with a large pharmaceutical company interested in co-developing Kevetrin as it makes progress toward possibly becoming the first p53-activating drug approved by the FDA."About Cellceutix

Headquartered in Beverly, Massachusetts, Cellceutix is a publicly traded company under the symbol "CTIX". Cellceutix is a clinical stage biopharmaceutical company developing innovative therapies in multiple diseases. Cellceutix believes it has a world-class portfolio of compounds and is now engaged in advancing its compounds and seeking strategic partnerships. Cellceutix's anti-cancer drug Kevetrin™ concluded a Phase 1 clinical trial at Harvard Cancer Centers' Dana Farber Cancer Institute and Beth Israel Deaconess Medical Center, and Cellceutix is now preparing its plans for a Phase 2 study. In the laboratory Kevetrin has shown to induce activation of p53, often referred to as the "Guardian Angel Gene" due to its crucial role in controlling cell mutations. Cellceutix is in a Phase 2 clinical trial with its novel compound Brilacidin-OM for the prevention of Oral Mucositis in patients with head and neck cancer. Brilacidin-OM, a defensin mimetic compound, has shown in an animal model to reduce the occurrence of severe ulcerative oral mucositis by more than 94% compared to placebo. Cellceutix's anti-psoriasis drug Prurisol™ completed a Phase 2 trial and Cellceutix is now setting up a Phase 2b study. Prurisol™ is a small molecule that acts through immune modulation and PRINS reduction. Cellceutix's lead antibiotic, Brilacidin, has completed a Phase 2b trial for Acute Bacterial Skin and Skin Structure Infections, or ABSSSI. Top-line data have shown a single dose of Brilacidin to deliver comparable clinical outcomes to the FDA-approved seven-day dosing regimen of daptomycin. Brilacidin has the potential to be a single-dose therapy for certain multi-drug resistant bacteria (Superbugs). Cellceutix has formed research collaborations with world-renowned research institutions in the United States and Europe, including MD Anderson Cancer Center, Beth Israel Deaconess Medical Center, and the University of Bologna. More information is available on the Cellceutix web site at www.cellceutix.com.