COLUMBIA, S.C., April 14 (UPI) -- A drug designed to lower cholesterol stops the progression of prostate cancer, according to researchers at the University of Missouri. 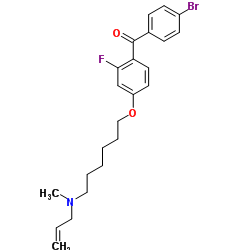 The researchers say using the drug with or without chemotherapy treatments for prostate cancer could prove to be more effective while reducing the level of toxic chemicals needed to fight the disease.

Cholesterol is used to solidify cell membrane structures, and is synthesized by cancer cells for survival as they grow.

Based on the potential for tumors to become resistant to chemotherapy treatments, the researchers looked toward reducing cholesterol in cancer cells as a method of attacking the disease.

"Although tumor cells may initially respond to these therapies, most eventually develop resistance that causes prostate cancer cells to grow and spread," Dr. Salman Hyder, a professor of biomedical sciences at the University of Missouri, said in a press release. "Cholesterol also can contribute to the development of anti-hormone resistance because cholesterol is converted into hormones in tumor cells, therefore, these cholesterol-forming pathways are attractive therapeutic targets for the treatment of prostate cancer."

For the study, published in the journal OncoTargets and Therapy, the researchers tested the compound  on human prostate cancer cells, finding it reduced cell growth and was shown in later studies to cause cancer cell death.

When injected into mice with human prostate cells, the compound slowed tumor growth in the rodents, researchers report.

Further studies with the compound need to be conducted, but the researchers said its effects in the lab show potential for another, less toxic method of prostate cancer treatment.