BOCA RATON, Fla., Aug. 18 (UPI) -- Researchers in Florida identified a compound produced by a deep-water marine sponge that appears to shrink pancreatic tumors, according to a study published in the International Journal of Cancer.

Florida Atlantic University researchers were awarded a patent for the use of leiodermatolide against certain types of cancer, based on its ability to inhibit the proliferation and growth of pancreatic cancer cells, suggesting a promising treatment for the deadly disease. 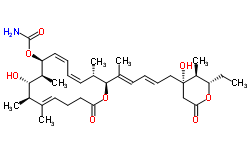 Pancreatic cancer is the fourth leading cause of cancer death in the world, encompassing about 8 percent of all diagnosed cancer. Less than 7 percent of pancreatic cancer patients survive five years after diagnosis, and nearly three-quarters die within a year of confirmation they have the disease.

The compound was discovered in a sponge found off the coast of Fort Lauderdale by FAU researchers whose focus is on natural marine products that can act either as medicines or as tools to help better understand diseases.The researchers compare the action of leiodermatolide to that of the cancer drug Taxol, which interacts with the protein tubulin to treat advanced breast cancer, and other cancers, after they have stopped responding to standard chemotherapy treatments.Leiodermatolide similarly interacts with tubulin, showing in lab tests that it induces programmed cell death in pancreatic cancer cells, as well as halting the growth of cells in metastatic melanoma, colon cancer, lymphoma and glioblastoma.In mice, the researchers also report that leiodermatolide more significantly reduced the size of tumors than gemcitabine, a standard chemotherapy for pancreatic cancer."Given the uniqueness of its mechanism of action, its potency, its selectivity for cancer cells, and its in vivo efficacy, leiodermatolide is an extremely interesting compound that merits further studies to determine its therapeutic potential for addressing some of the most devastating forms of cancer," Dr. Esther Guzmán, an associate research professor at Florida Atlantic University, said in a press release.