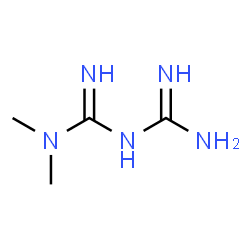 New York:  A drug commonly used as the front-line treatment for Type-2 diabetes improves survival for some breast cancer patients, says a study.

For the study, the researchers examined clinical outcomes for 1,215 patients who were diagnosed and underwent surgical treatment for breast cancer between 1997 and 2013.Ninety-seven patients examined reported using metformin before their diagnosis, and 97 reported use of the drug after diagnosis.Results of the study showed that patients who used metformin before being diagnosed with breast cancer were more than twice as likely to die than patients who never used the drug.On the other hand, patients who began using metformin after their cancer diagnosis were almost 50 percent more likely to survive than non-users."Using metformin as a cancer prevention strategy has been controversial and results have been inconsistent, but our analysis reveals that use of the drug is time-dependent, which may explain the disparity," said lead author Yun Rose Li from Perelman School of Medicine at University of Pennsylvania in the US."While use of the drug may have a survival benefit for some breast cancer patients, those who developed breast cancer while already using Metformin may have more aggressive cancer subtypes," she explained."Our study also illustrates the complex interaction between underlying metabolic risks and breast cancer outcomes, and underscore the importance of a multi-system approach to cancer treatment," Rose Li noted.There is compelling biological evidence suggesting that the differences observed in breast cancer tumour markers may be due to mechanistic differences in cancer initiation in patients who develop cancer while taking metformin, the researchers said.The findings are scheduled to be presented at the annual meeting of American Society of Clinical Oncology (ASCO) in Chicago on June 6.
June 04, 2016
http://www.ndtv.com