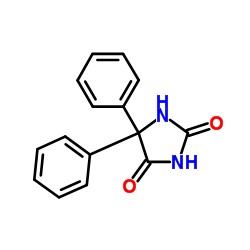 Phenytoin, one of the oldest and most commonly prescribed epilepsy drugs, reduces damage from a complication of multiple sclerosis, according to a patient study.

Damage from optic neuritis was reduced by 30 percent in the study of 86 patients, according to the study, published in the Lancet Neurology. The study was led by Raj Kapoor, MD, from the University College London Institute of Neurology in England.

If results are confirmed, it could mean that the drug could be useful not only in alleviating vision impairment, but damage in the rest of the central nervous system.

Patients took either phenytoin or a placebo over three months. Optical Coherence Tomography, or OCT, was used to measure the thickness of the retina and the nerve fiber layer at the back of the eye, which connects to the brain as the optic nerve.

"An intriguing aspect of this study is that it involved repurposing a therapy already on the market, an approach that could cut years of development time and speed the use of medications for a new indication such as MS," Dr. Bruce Bebo, executive vice president of research at the National MS Society, said in the press release.

Kapoor said in the press release that the benefits could be far-reaching.

"We hope this will open the door to significant progress in preventing disability not only in optic neuritis, but also in MS as a whole," Kapoor said.

The anticonvulsant is sold by Pfizer under the brand name Dilantin, and is also widely sold as an inexpensive generic. It's used in multiple sclerosis to manage pain caused by the disease, which degrades the protective myelin layer around nerves and in the brain.

Many more newer drugs are on the market for epilepsy; however, phenytoin is often preferred when it can control seizures because of its good safety profile and its inexpensiveness.

Side effects can occur, including overgrowth of gums, decreased co-ordination, impaired thinking, and allergic reactions. It's impossible to know in advance which side effects patients may experience, or whether they will be severe or mild.