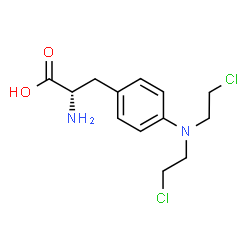 HENDERSON, Nev.--(BUSINESS WIRE)--Spectrum Pharmaceuticals (NasdaqGS: SPPI), a biotechnology company with fully integrated commercial and drug development operations with a primary focus in Hematology and Oncology, announced today that the U.S. Food and Drug Administration (FDA) Office of Orphan Products Development (OOPD) has granted 7 years of Orphan Drug Exclusivity for EVOMELA for use as a high-dose conditioning treatment prior to hematopoietic progenitor (stem) cell transplantation in patients with multiple myeloma. EVOMELA has also been recently listed in the Orange Book, including two composition of matter patents that do not expire until March 2029.

“We are pleased to receive FDA Orphan Drug Exclusivity for EVOMELA, another important regulatory milestone for Spectrum,” said Rajesh C. Shrotriya, MD, Chairman and Chief Executive Officer of Spectrum Pharmaceuticals. “EVOMELA is reconstituted with normal saline and does not contain propylene glycol. EVOMELA’s formulation is based on Captisol® technology and is stable at room temperature for 1 hour following reconstitution and for an additional 4 hours after further dilution. We believe EVOMELA has the potential to become an important therapy for multiple myeloma patients undergoing high-dose conditioning treatment prior to hematopoietic stem cell transplantation and fits very well with our existing Hematology/Oncology infrastructure. Revenues from our niche products like EVOMELA help us develop our late-stage drugs that target blockbuster markets.”

The FDA Orphan Drug Designation program provides a special status to drugs and biologics intended to treat, diagnose or prevent so-called orphan diseases and disorders that affect fewer than 200,000 people in the U.S. Orphan Drug Designation provides the sponsor certain benefits and incentives, including a period of marketing exclusivity if regulatory approval is ultimately received for the designated indication, potential tax credits for certain activities, eligibility for orphan drug grants, and the waiver of certain administrative fees.

Spectrum Pharmaceuticals gained global development and commercialization rights to EVOMELA from Ligand Pharmaceuticals Incorporated (NASDAQ: LGND) in March 2013. Spectrum assumed responsibility for completing the pivotal Phase 2 clinical trial, and was responsible for filing the NDA. Under the license agreement, Ligand received a license fee, and NDA approval milestone, and is eligible to receive further potential milestones and royalties in connection with commercialization.

Multiple Myeloma is a systemic malignancy of plasma cells that accumulate in the bone marrow, usually associated with monoclonal antibody secretion, and results in bone marrow failure and bone destruction. It is the second most common hematologic disease with nearly 30,000 new cases projected in the US in 2016 and over 11,000 deaths annually (American Cancer Society Stats, 2016). The rate of autologous stem cell transplantation (ASCT) for patients with MM is growing by approximately 3.3% annually.

EVOMELA was approved by FDA based on its bioequivalence to the standard melphalan formulation (Alkeran) in a Phase 2 clinical study (Aljitawi et al, Bone Marrow Transplant, 2014) via the 505(b)(2) regulatory pathway. EVOMELA has been granted Orphan Drug Designation by the FDA for its use as a high-dose conditioning regimen for patients with MM undergoing ASCT.

Please see the Important Safety Information below and the full prescribing information, including BOXED WARNINGS, for EVOMELA at www.evomela.com.