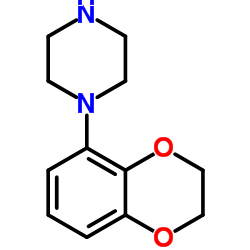 So far, the drug has been evaluated in more than 680 human subjects, and has a well-established safety profile.

Originally, the drug was developed by Solvay Pharmaceuticals for the treatment of aggression and following the company's merger with Abbott Pharmaceuticals, the eltoprazine programme was out-licensed to PsychoGenics.

"PD-LID is a tremendously debilitating disorder, and we will now begin evaluating expedited pathways to market for eltoprazine that may now be afforded by the orphan drug designation."

Amarantus president and CEO Gerald Commissiong said: "The grant of this orphan drug designation for eltoprazine in PD-LID squarely positions Amarantus as an orphan drug company, as each of our pipeline candidates in our therapeutics division has received such designations from the FDA for one or more indications.

The therapeutics division of AMBS has development rights to eltoprazine, a Phase IIb-ready small molecule indicated, and owns the intellectual property rights to a therapeutic protein known as mesencephalic-astrocyte-derived neurotrophic factor (MANF).

The division is currently developing MANF-based products as treatments for brain and ophthalmic disorders.