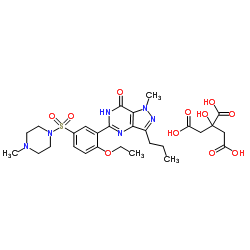 Good news for frugal guys with erection troubles: America will soon be up to its eyeballs in generic Viagra. CBS News reports the FDA approved the first generic version of the impotence drug, known as sildenafil citrate, on Wednesday. Israel's Teva, the world's largest maker of generic drugs, will have exclusive rights to sell generic Viagra in the US for 180 days, according to WTOP.com. However, due to an agreement with Viagra-maker Pfizer, Teva's drug won't be available for purchase until December 2017, RAPS.com reports. The company has been selling generic Viagra in the European Union since 2013.

Teva's generic sildenafil citrate could cut into Pfizer's Viagra profits, which were estimated at $1.7 billion in 2015. Worldwide, the market for erectile dysfunction medication is estimated at more than $4 billion. A second pharmaceutical company, Mylan, also plans to start selling generic Viagra in the US in 2017, and at least nine other drug-makers have applied to the FDA to sell sildenafil citrate. Teva will have to pay royalties to Pfizer until Pfizer's Viagra patent expires in 2020. (Read how citrus and red wine could improve your sex life.)