Merck ($MRK) is giving up on its delayed and long-troubled bone drug odanacatib after it became apparent the safety risk from using the experimental med was just too high. 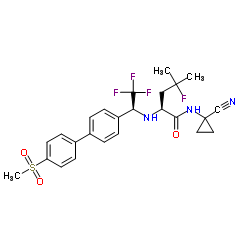 Two years ago the Big Pharma announced it was to delay a filing with the FDA after Phase III results showed that while the drug could reduce fractures, it also increased the risk of atrial fibrillation and stroke.It had hoped for a 2015 U.S. approval but was forced to hold fire on the safety concerns. Today, finally, Merck has officially said it will bury the program. Odanacatib works by inhibiting cathepsin K, an enzyme that plays a key role in bone resorption.It had once been touted as a major blockbuster potential for Merck, making this a big setback for the company, which will need to rely a little harder on its Keytruda sales.“The company has decided to discontinue development after an independent adjudication and analysis of major adverse cardiovascular events confirmed an increased risk of stroke,” Merck said in a brief statement released this morning.The data from the analysis of the drug, which has led to it being ditched, will be presented at the American Society for Bone Mineral Research later this month.“We are disappointed that the overall benefit-risk profile for odanacatib does not support filing or further development,” said Roger Perlmutter, president, Merck Research Laboratories.“We are very thankful to the researchers and patients who participated in the odanacatib clinical development program. We have learned that odanacatib treatment reduces the risk of osteoporotic fractures. At the same time, we believe that the increased risk of stroke in our Phase 3 trial does not support further development.”