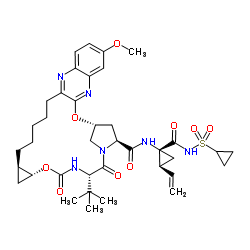 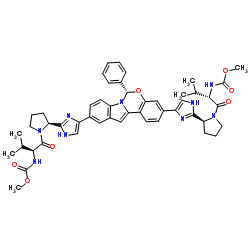 Two years after Gilead Sciences ($GILD) triggered a market quake with a groundbreaking approval for Sovaldi, Merck ($MRK) is making a late entrance into the hep C market. The FDA today approved Merck's combination of grazoprevir/elbasvir. And while it's making a tardy arrival behind combo therapies that have already commanded the marketplace, analysts still give the pharma giant high odds on making the grade as one of the biggest blockbusters to launch this year.

Merck announced that it will market the drug as Zepatier for hep C genotypes 1 and 4. Merck priced the combo at $54,600 for 12 weeks, well under the competition.

Payers and patients will be cheered by this latest shakeup in hep C. Gilead sells its combo Harvoni for $94,500 wholesale, a jaw-dropping price that raised howls of anger from insurers and spurred calls for drug price controls. But the real action now occurs on the discount market, as major payers leverage the competition for lower prices. Merck's new, much lower list price, is likely to accelerate the race to a lower price point.

"Merck anticipates that this price, as well as our comprehensive access strategy to seek broad coverage across commercial and public segments, will help broaden and accelerate patient access to treatment and move us closer to our shared goal of reducing the burden of chronic HCV in the U.S.," the company said in a statement.

"We expect the initial reaction to this list price to be seen as a negative for the sector as it could indicate additional pricing pressures," Baird's Brian Skorney noted early Friday.

That price is "far below Sovaldi's $84,000, Harvoni's $94,500, and Viekira's $83,300, but we believe that discounting will be in the modest 5%-10% range," remarked Barclays' Geoff Meacham. "At a 10% discount, monthly pricing would be approximately $16,400 compared to Sovaldi's estimated $20,300, Harvoni's $18,900, and Viekira's $16,700. At this assumed price, Zepatier could offer specialty pharmacies a margin that splits the difference between Sovaldi and Viekira, which could be the initial means onto commercial formularies."

The enthusiasm for Merck's combo has been steadily seeping out of the market since Gilead and then AbbVie ($ABBV) scored the first big approvals for a new generation of largely pain-free cures. Merck had a breakthrough drug designation for the combo at one point, then lost it, and then got some of that rep back with designations in smaller patient groups.

In a note out ahead of the FDA's formal decision, Bernstein's Tim Anderson acknowledged that Merck's chances of making a major windfall on the disease have dwindled as competition heats up. Nevertheless, even with a limited forecast of grabbing only 15% of the hep C market, Anderson and other analysts put the market consensus for 2020 sales at more than $2 billion.

Under any other set of circumstances, and in any other disease category, that kind of projection would be enough to get a party started. But hep C is a disease apart, and Gilead remains the 600-pound gorilla, with Anderson expecting an $11 billion windfall for the Big Biotech in 2020--a drop from 2015 but still plenty good enough to make it one of the biggest earners in the pharma industry.

The approval for Merck's grazoprevir (NS3/4a) and elbasvir (NS5a) comes with a once-daily dosing regimen, better than AbbVie's multiple daily requirement of pills, which should help it squeeze by with higher sales over the next few years, even as prices continue to slide as more people can choose between options.