OSAKA, Japan and FLORHAM PARK, NJ, USA I September 7, 2016 I Shionogi today presented positive results of a 52-week, placebo-controlled, phase III study (COMPOSE III) of naldemedine in treating opioid-induced constipation (OIC) in patients with chronic non-cancer pain (CNCP). The research being presented today at PAINWeek 2016 in Las Vegas, NV, found that naldemedine had a low incidence of adverse events, and did not interfere with the analgesic effect of opioids. 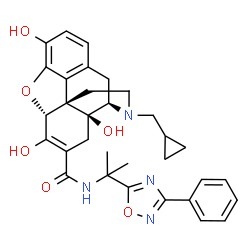 Naldemedine is an investigational, once-daily, oral, peripherally-acting mu-opioid receptor antagonist (PAMORA) being studied globally for the treatment of OIC. The primary objective of the COMPOSE III study was to evaluate the long-term safety and tolerability of naldemedine in non-cancer pain patients who were either on or off a laxative regimen. Results show that, after 52 weeks, naldemedine demonstrated long-term safety, with no statistically significant signs or symptoms of opioid withdrawal. Additionally, treatment with naldemedine demonstrated statistically significant improvement in the frequency of bowel movements per week at each time point measured throughout the study as compared to placebo (P≤0.0001)."We've seen these good results in earlier three-month studies of naldemedine, but now we have evidence of similar positive outcomes in patients on the treatment for one year," said Juan Camilo Arjona Ferreira, M.D., Senior Vice President Clinical Development at Shionogi Inc. "This is encouraging news for chronic non-cancer pain patients with OIC, who suffer with this condition and are seeking safe and effective treatment options."Treatment-emergent adverse events (TEAEs) in patients treated with naldemedine were comparable to patients taking placebo -68.4 percent versus 72.1 percent, respectively. Gastrointestinal side effects that were reported in over 5.0 percent of patients on naldemedine and experienced more frequently than those taking a placebo included, 8.2 percent abdominal pain compared to 3.1 percent on placebo, 11.0 percent diarrhea versus 5.3 percent on placebo and 6.0 percent vomiting as compared to 3.1 percent on placebo.Shionogi previously announced that the New Drug Application (NDA) submitted in the U.S. for naldemedine has been accepted for review. In the U.S., the proposed indication is for the treatment of (OIC) in adult patients with CNCP. The target action date under the Prescription Drug User Fee Act (PDUFA) is March 23, 2017. The company also submitted an NDA in Japan on March 30, 2016 for the proposed indication of the treatment of OIC in adult patients.About COMPOSEThe COMPOSE program is a global comprehensive development program comprised of seven clinical studies being conducted in patients with OIC and cancer or CNCP.COMPOSE III is a multicenter, randomized, double-blind, placebo-controlled, parallel-group study designed to evaluate the long-term safety and efficacy of naldemedine therapy for 52 weeks. There were approximately 620 patients in each treatment group between 18 and 80 years of age. Patients in the study had CNCP for at least 3 months, were taking opioids for at least one month and had self-reported OIC. Patients were included in the study only if they had four or fewer spontaneous bowel movements (SBMs) in a 14-day qualifying period and three or less SBMs per week in any given week during the qualifying period.COMPOSE I and II were 12-week, multicenter, randomized, double-blind, placebo-controlled, parallel-group studies.Shionogi previously announced that naldemedine met its primary and key secondary endpoints in COMPOSE I, II and IV. COMPOSE IV was conducted in Japan.About Opioid-Induced ConstipationConstipation is one of the most commonly reported side effects associated with opioid treatment, including among patients with chronic non-cancer pain. OIC is characterized by any of the following after initiating opioid therapy: reduced bowel movement frequency, development or worsening of straining to pass bowel movements, a sense of incomplete rectal evacuation, or harder stool consistency.1 Patients suffering from OIC with CNCP can also experience nausea, vomiting, bloating, cramping, heartburn and loss of appetite. 2,3About ShionogiShionogi & Co., Ltd., is a Japanese pharmaceutical company with a 138-year history discovering and developing innovative therapies. Shionogi Inc., the U.S. based subsidiary of Shionogi & Co., Ltd., continues this focus on the development and commercialization of high quality medicines that protect the health and well-being of the patients we serve. The company currently markets products in several therapeutic areas including women's health, anti-infectives, pain and cardiovascular diseases. Our pipeline is focused on infectious disease, pain, CNS, and oncology. For more details, visit www.shionogi.com. For more information on Shionogi & Co., Ltd., visit www.shionogi.co.jp/en1 Camilleri. M, Drossman D.A., Becker G.,Webster L.R., Davies A.N., Mawe G.M. Emerging treatments in neurogastroenterology: a multidisciplinary working group consensus statement on opioid-induced constipation. Neurogastroenterology Motil. 2014. 26, 1386-1395.2 Thomas JR, et al. J Palliat Med. 2008;11 Suppl 1:S1-S19.3 Kurz A, et al. Drugs. 2003;63:649-671.SOURCE: Shionogihttp://pipelinereview.com/