NEW YORK, NY, USA I November 22, 2016 I Neurotrope, Inc. (OTCQB:NTRP), a company focused on developing drugs to treat neurodegenerative diseases including Alzheimer's disease, today announced that it has initiated dosing in the final patient in its randomized, double-blinded, placebo-controlled, Phase 2 study in moderate to severe Alzheimer's disease patients. The primary endpoint of the trial is the Severe Impairment Battery (SIB) and the secondary endpoints are the Mini Mental State Exam (MMSE), Activity of Daily Living (ADL) and Neuropsychiatric Inventory scale (NPI). Top line results from the study are expected to be announced in April 2017. Patients meeting the MMSE enrollment criteria score of 4-15 were enrolled in the study. Two doses of bryostatin, 20ug and 40ug, vs. placebo for 12 weeks are being tested. A total of 148 patients were enrolled into the study. 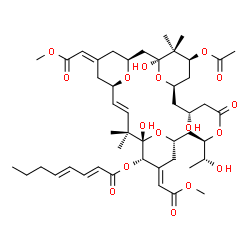 The Company also announced that it has raised an additional $4.3 million in a final closing of its private placement in addition to the approximately $20.2 million raised and previously announced in a press release on Friday, November 18, 2016.

"Completion of enrollment in this study marks a significant milestone for Neurotrope, as well as the Alzheimer's community, as we take another step toward advancing what we believe could be the first potential new treatment for people with Alzheimer's disease in more than 15 years, and we believe would be the first one targeting causes of the symptoms, lost synaptic networks, and not just providing transient symptomatic relief," said Dr. Daniel Alkon, MD, Neurotrope's President and Chief Scientific Officer. "Other companies targeting this disease are enrolling mildly impaired patients. We targeted the more severe patient population because of our experience with severe patients through our compassionate use studies. Those studies suggested reversal of some of the manifestations of the disease."

"Bryostatin's multi-modal mechanism of action not only targets the neuronal deficits of AD but also synaptic deficits. This combined mechanism of action through PKC epsilon activation gave the Company the confidence to commit to these trials in moderate to severe patients," said Dr. Susanne Wilke, PhD., the Company's Chief Executive Officer. "We believe that we may have a breakthrough in Alzheimer's disease and other neurological disorders. With the recently completed financing, we believe that we are in a strong position to negotiate terms with pharmaceutical partners."

Josh Silverman, Chairman of the Company, added, "We are pleased with the investor response to our new management team and the excitement surrounding our upcoming clinical data. We raised more money than anticipated and plan on investing our capital efficiently in our continuing effort to increase shareholder value while making a difference in treating neurological disorders."

Further details may be found in the Company's Form 8-K filing with the Securities and Exchange Commission (SEC).

The securities to be sold in the private placement will not have been registered under the Securities Act of 1933, as amended, or state securities laws as of the time of issuance and may not be offered or sold in the United States absent registration with the Securities and Exchange Commission (SEC) or an applicable exemption from such registration requirements. Neurotrope has agreed to file one or more registration statements with the SEC registering the resale of the shares of common stock underlying the warrants purchased in the private placement.

Neurotrope BioScience, Inc., a wholly owned subsidiary of Neurotrope, Inc., is at the forefront of biotechnology companies having a focus on developing a novel therapy for the treatment of moderately severe to severe Alzheimer's disease. The scientific basis of our treatment is activation of Protein Kinase C isozymes ε and α by bryostatin, a natural product, which in mouse AD models was demonstrated to result in repair of damaged synapses as well as synaptogenesis, the induction of new neuronal networks, reduction of toxic beta-amyloid generation, prevention of neuronal death, and enhancement of memory and learning, thus having the potential to improve cognition and behavior in Alzheimer's disease.