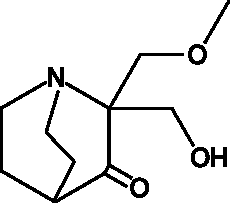 Researchers from the Cancer Science Institute of Singapore (CSI Singapore) at NUS have demonstrated that an existing drug gives promising results in the treatment of colorectal cancer, the most common cancer in Singapore. Published in October 2015 in Oncotarget, the study using PRIMA-1met represents the first for colorectal cancer, which is cancer of the large intestine.

p53 gene is also known as the “Guardian of the genome” as it codes for an important protein that helps to stabilise and repair genomes, explained Professor Chng Wee Joo, Deputy Director and Senior Principal Investigator at CSI Singapore, who led the research. Mutations in the p53 gene make the cells more susceptible to damage and likely to turn cancerous. Almost half of colorectal cancer patients have p53 mutations, he said.

The scientists chose the disease as it contributes to about 14 per cent of all cancers in Singapore, with some 900 patients dying from it annually. As patients usually only experience symptoms at an advanced stage of the illness, colorectal cancer has poor long-term survival rates among adults.

Unlike most anticancer drugs which work by inducing damage to DNA and often has serious side effects, PRIMA-1met is more favourable as it restores the structure and function of the mutated p53 and specifically promotes the death of cancer cells. The drug is currently undergoing a Phase I/II clinical trial in haematologic malignancies and prostate cancer in Europe where patients with hematological and solid cancers are being tested for its safety and efficacy, as well as effective dosage range and potential side effects.

Even though the CSI Singapore study is being done on cancer cell lines now, Prof Chng is upbeat about the drug’s outcome in treating colorectal cancer, “Given the excellent safety profile of PRIMA-1met, coupled with its minimal and fully reversible side effects, we are optimistic that the development of this drug as a targeted therapeutic approach against colorectal cancer, together with chemotherapy, holds good potential for patients.”

Prof Chng and his team intend to investigate if the combination of PRIMA-1met with anticancer drugs used for the treatment of colorectal cancer will optimise the results of chemotherapy. They are in talks with local hospitals and regional research groups on possible collaborations.