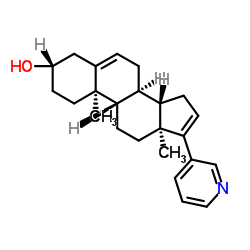 The National Institute for Health and Care Excellence issued final draft guidance Monday recommending NHS reimbursement of Johnson & Johnson's Zytiga (abiraterone) for certain patients with prostate cancer, overturning an earlier negative decision on the drug. Carole Longson, director of the agency's Centre for Health Technology Evaluation, noted "there are few treatments available for patients at this stage of prostate cancer so this is very good news."

NICE noted that initial evidence submitted by Johnson & Johnson failed to demonstrate the quality of life and long-term survival for patients receiving Zytiga. However, new data focusing on a large group of patients treated in the US showed that 14 percent of patients were still taking Zytiga after 4.4 years. Although NICE's appraisal committee "expressed some concerns" about whether the results could be generalised to the UK, they recognised that the new data supported the case for some patients taking Zytiga for long periods of time. As such, NICE noted that the committee has now concluded that Johnson & Johnson's product is a cost-effective treatment option.

Specifically, Zytiga is recommended in combination with prednisone or prednisolone as an option for treating metastatic hormone-relapsed prostate cancer in people who have no or mild symptoms after androgen deprivation therapy has failed, and before chemotherapy is indicated. NICE currently supports use of Zytiga in combination with prednisone or prednisolone for metastatic castration-resistant prostate cancer in men who previously received a chemotherapy regimen containing Sanofi’s Taxotere (docetaxel).

According to NICE, Johnson & Johnson agreed a new patient access scheme for Zytiga under which the company will rebate the cost of the drug "from the 11th month until the end of treatment for people who remain on treatment for more than 10 months." The current list price of Zytiga is 2930 pounds ($4218) for 120 tablets, although NICE indicated that this is expected to be reduced to 2300 pounds ($3311) at the time of publication of the final guidance.

Commenting on the guidance, Mark Hicken, managing director of Johnson & Johnson's Janssen UK & Ireland unit, said "this is long overdue but welcome decision means that patients in England will finally be able to access this innovative cancer medicine routinely on the NHS, putting them on a par with patients in many other European countries who have had access to [Zytiga] as an option before chemotherapy for some years." Hicken added "the length of time taken to gain approval in the UK demonstrates a clear need for reform of the way NICE appraises innovative cancer medicines."