BRIGHTON, UK I September 5, 2016 I Destiny Pharma Ltd, a leading clinical stage biopharmaceutical company focused on developing antibacterial medicines, today announced the results of a US clinical trial of the novel preventive anti-bacterial drug exeporfinium chloride (XF-73). The trial is sponsored by the National Institute of Allergy and Infectious Diseases (NIAID), part of the US National Institutes of Health, and was conducted at the NIAID Clinical Trials Unit at Case Western Reserve University in Cleveland and at Anaheim Clinical Trials in California. 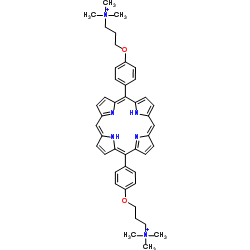 Both concentrations were deemed safe and well-tolerated, and no drug was detected in the bloodstream. There was a similar safety profile observed in exeporfinium chloride and placebo-treated subjects, which is important because the product will be used in a preventive manner. In general, exeporfinium chloride demonstrated a rapid, anti-staphylococcal effect after 1 day, with the 2.0mg/g gel showing a statistical difference against placebo, which was sustained throughout dosing.About 1 in 3 people carry SA in their nose, which increases the risk of a post-surgical SA infection by up to 10 times1,2. Using antibiotics to treat nasal SA carriage has been long practiced, but emergence of antibiotic resistant strains threatens the efficacy of the practice.3. In October 2015, the US Food & Drug Administration (FDA) recognized exeporfinium chloride as a Qualifying Infectious Disease Product (QIDP), and confirmed a new medical indication for the drug, namely for the ‘Prevention of Post-Surgical Staphylococcal Infections.’4Hospital-acquired SA infection remains a major concern, particularly the methicillin resistant SA (MRSA). Infection prevention measures, including treatment of SA/MRSA ahead of surgery in at-risk patients, are now practiced in many countries.Still, there is an urgent global need for drugs that prevent SA infections but do not generate bacterial drug resistance. In the United States it is estimated that drug-resistant forms of SA such as MRSA result in 19,000 deaths per year6. The annual estimated cost of SA infection in the US is $14.5 billion7.A report in The Lancet Infection Diseases in December 20158 estimates that between 38 and 51 percent of bacteria that cause post-surgical infections are resistant to traditional antibiotics. The report also estimates that a 30-percent reduction in antibiotic effectiveness could result in 120,000 additional post-surgical and chemotherapy-related infections in the US.Compared to antibiotics, exeporfinium chloride has a novel structure and mechanism of action, killing SA bacteria rapidly without appearing to generate resistance9. These features make it an ideal candidate for the prevention of post-surgical SA infection.Dr Bill Love, CEO of Destiny Pharma commented: "We are delighted with these results, which demonstrate that exeporfinium chloride is safe and well tolerated and has the potential to deliver the FDA/QIDP awarded US indication for the prevention post-surgical SA infection. The support from NIAID made this study possible and we plan to progress this important new drug into the next stage of development and thereon to market."About the NIH and NIAIDNIH, the U.S. medical research agency, includes 27 Institutes and Centers and is a component of the U.S. Department of Health and Human Services. NIH is the primary federal agency conducting and supporting basic, clinical, and translational medical research, and is investigating the causes, treatments, and cures for both common and rare diseases. For more information about NIH and its programs, visit www.nih.gov.The National Institute of Allergy and Infectious Diseases (NIAID) conducts and supports research-at NIH, within the U.S. and worldwide-to study the causes of infections and immune-mediated diseases and to develop better means of preventing, diagnosing and treating these illnesses.News releases, fact sheets and other NIAID-related materials are available on the NIAID website at www.niaid.nih.gov.About Destiny PharmaDestiny Pharma, a leading, clinical stage biopharmaceutical company, founded in 1997. The Company focuses on the R&D of new antimicrobial drugs, with an emphasis on novel mechanisms of action that seek to address the global healthcare issue, namely, Antibiotic Resistance. Exeporfinium chloride is the Company’s lead drug which has completed 3 Phase I/IIa clinical studies in the UK/Europe. Through its extensive business network and strategic partnerships, Destiny Pharma intends to globally commercialize candidates from the XF Drug platform based on dicationic porphyrins which are differentiated from traditional antibiotics structurally. XF drug candidates are able to kill static and growing bacterial cultures, as well as bacteria with biofilm and may thus see limited resistance development. Non-growing cultures often become resistant to traditional antibiotics that rely on the bacteria actively growing to kill them. Additional information on Destiny Pharma is available at www.destinypharma.comReferences:1. Wertheim HFL et al. The role of nasal carriage in Staphylococcus aureus infection. Lancet Infectious Diseases (2005); 5: 751-622. Perl T et al. New approaches to reduce Staphylococcus aureus nosocomial infection rates: treating S. aureus nasal carriage. Annals of Pharmacotherapy (1998); 32(S): S7-163. Sciortino CV et al. Surveillance of methicillin-resistant Staphylococcus aureus mupirocin resistance in a Veterans Affairs hospital. Infection Control & Hospital Epidemiology (2015); 36(2): 235-64. Destiny Pharma Press Release dated 11 November 2015. Destiny Pharma Announces Qualified Infectious Disease Product Designation Granted by US FDA for Novel Antibacterial Product In Development for Prevention of Post-Surgical Staphyloccocal Infections. http://www.destinypharma.com/news_current.shtml5. Bratzler et al. Clinical Practice Guidelines for Antimicrobial Prophylaxis in Surgery. Am J Health Syst Pharm (2013): 70: 195-283 http://www.ashp.org/DocLibrary/BestPractices/TGSurgery.aspx6. Klevens RM et al. Invasive methicillin-resistant Staphylococcus aureus infections in the United States. JAMA (2007); 298(13): 1763-717. Suaya JA et al. Incidence and cost of hospitalizations associated with Staphylococcus aureus skin and soft tissue infections in the United States from 2001 through 2009. BMC infectious diseases (2014); 14: 2968. Teillant A et al. Potential burden of antibiotic resistance on surgery and cancer chemotherapy antibiotic prophylaxis in the USA: a literature review and modelling study. Lancet Infectious Diseases (2015); 298(15): 1429-379. Farrell D et al. Investigation of the Potential for Mutational Resistance to XF-73, Retapamulin, Mupirocin, Fusidic Acid, Daptomycin, and Vancomycin in Methicillin-Resistant Staphylococcus aureus Isolates during a 55-Passage Study. Antimicrobial Agents and Chemotherapy (2011); 55(3): 1177-81SOURCE: Destiny Pharmahttp://pipelinereview.com/