Scientists have identified new antiretroviral drugs that may lower the risk of HIV transmission by quickly reducing the viral load in the blood and semen of people infected with the deadly virus. Researchers from the Bellvitge Biomedical Research Institute (IDIBELL) in Spain evaluated the speed at which a new antiretroviral drug, Dolutegravir, reduces the viral load in semen, an area of the body considered to be a reservoir of the virus and where access for drugs is more difficult.

The results show the potential of these new treatments to reduce the chances of sexual transmission of the virus, researchers said. 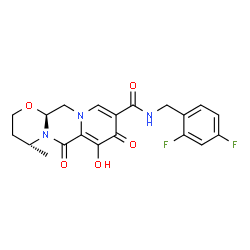 Current antiretroviral treatments are able to decrease blood viral load and make it undetectable in most patients within six to nine months of starting treatment, although it is estimated that about 5-25 per cent of patients maintain detectable levels of virus in their semen after this time due to several factors, which are not always known.“Therefore, in the case of serodiscordant couples, in which only one of the members is carrying the virus, in addition to condoms it is recommended that the seronegative person also takes antiretroviral drugs as prophylaxis while the viral load of their partner decreases in both blood and reservoirs,” said Dr Daniel Podzamczer, who led the study.However, there are new drugs, known as integrase inhibitors, which can act much faster, researchers said.“We focused on evaluating the rate of viral load drop in patients receiving these new treatments, namely Dolutegravir,” said Dr Arkaitz Imaz, first author of the study.“We have measured the viral load in blood and semen before starting treatment, at three days, at seven, at 14, at one month, at three months, and at six months. We know that viral load drop goes quick during the first few days/weeks, then slower and it finally stabilises.The researchers observed that while the rate at which viral load falls during the first few days is significantly higher in blood than in semen, it is equal during the second phase of fall.However, despite the speed difference, viral load becomes undetectable faster in semen than in blood because the base values are much higher in blood, ie there are many more viruses to eliminate.“These results suggest the possibility of reducing the time of previous antiretroviral prophylaxis when using these new treatments,” the researchers said.On the other hand, the fall pattern is much more homogeneous in blood than in semen; This heterogeneity demonstrates the differential and more unpredictable nature of semen as a reservoir of the virus.In this sense, it is interesting to note that there is no clear correlation between the concentration of drug in semen and the decrease in viral load.“The concentration of dolutegravir in semen is more than enough to ensure viral load drop in this reservoir,” said Podzamczer.The research was published in Journal of Infectious Diseases.