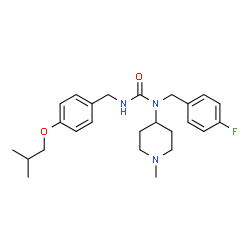 MONDAY, May 2, 2016 -- Nuplazid (pimavanserin) has been approved by the U.S. Food and Drug Administration to treat hallucinations and delusions associated with Parkinson's disease.

As many as half of people with Parkinson's may have psychosis that lead to hallucinations and delusions, the agency said in a news release announcing the approval. This can lead to behaviors including difficulty associating with loved ones or the inability to take care of oneself.

Some 50,000 Americans are diagnosed annually with Parkinson's, the FDA noted, and the total number of affected Americans is about 1 million.

The neurological disorder typically affects people 60 and older, and is triggered when cells that are supposed to produce a brain chemical called dopamine become impaired or die.

Dopamine helps transmit neurologic signals that lead to smooth, "purposeful" movement, the FDA said, during activities such as writing, shaving and walking. The speed at which Parkinson's affects the body and brain varies from person to person.

Progression of the disease includes development of shaking (tremor) in most people. Other common symptoms include hallucinations, delusions, depression, sleep disruptions and difficulty swallowing, chewing and speaking.

Nuplazid was evaluated in clinical studies involving 199 people. The most common side effects included swelling of the ankles, legs and feet, nausea and confusion.