BERLIN, Germany I November 7, 2016 I Bayer today announced the submission of applications to extend the marketing authorization for its oral multi-kinase inhibitor regorafenib in the U.S., Japan and Europe, for the second line treatment of patients with unresectable hepatocellular carcinoma (HCC). Regorafenib is already approved under the brand name Stivarga® in many countries to treat metastatic colorectal cancer and metastatic gastrointestinal stromal tumors.

“Almost 10 years ago, we brought Nexavar, the first approved systemic therapy in liver cancer, to patients. We have remained committed to improving the lives of liver cancer patients and are proud that our efforts have yielded a second therapy with an overall survival advantage for patients,” said Dr. Joerg Moeller, member of the Executive Committee of Bayer AG's Pharmaceutical Division and Head of Development. “These filings bring us a step closer to potentially being able to offer a much needed second-line option to liver cancer patients in the near future.” 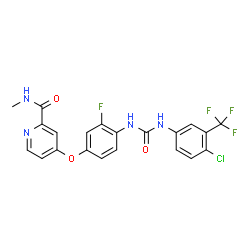 “Approximately 780,000 people are diagnosed with HCC worldwide each year, a number that continues to increase. Regorafenib is the first treatment to successfully deliver an overall survival benefit in the second-line setting for HCC and has the potential to change the treatment paradigm by becoming the new standard of care for patients who progress on sorafenib,” said Dr. Jordi Bruix, BCLC Group, Liver Unit, Hospital Clinic, University of Barcelona, IDIBAPS, CIBEREHD, Spain. Dr. Bruix is the Principal Investigator of the RESORCE study as well as the Phase III study SHARP which investigated sorafenib in HCC.

The regulatory submissions for regorafenib are based on data from the international, multicenter, placebo-controlled Phase III RESORCE [REgorafenib after SORafenib in patients with hepatoCEllular carcinoma] trial. The trial investigated regorafenib in patients with unresectable hepatocellular carcinoma (HCC) whose disease had progressed during treatment with sorafenib (Nexavar®) tablets. Results showed that regorafenib significantly improved overall survival (OS) compared to placebo (HR 0.63; 95% CI 0.50-0.79; p<0.001), which over the trial period represents a 37 percent reduction in the risk of death for patients who received regorafenib plus best supportive care (BSC) compared to patients treated with placebo plus BSC. The median OS was 10.6 months in patients treated with regorafenib, compared to 7.8 months in patients who received placebo plus BSC. The safety and tolerability was generally consistent with the known profile of regorafenib, with no clinically meaningful differences in health-related quality of life (HRQoL) between the regorafenib and placebo plus BSC groups.In the U.S., regorafenib has received Fast Track designation, which is an expedited program designed to facilitate the development, and expedite the review of drugs to address an unmet medical need in the treatment of a serious or life-threatening condition.

Hepatocellular carcinoma (HCC) is the most common form of liver cancer and represents approximately 70-85 percent of liver cancer worldwide. Liver cancer is the sixth most common cancer in the world and the second leading cause of cancer-related deaths globally. More than 780,000 cases of liver cancer are diagnosed worldwide each year (52,000 in the European Union, 501,000 in the Western Pacific region and 30,000 in the United States) and the incidence rate is increasing. In 2012, approximately 746,000 people died of liver cancer including approximately 48,000 in the European Union, 477,000 in the Western Pacific region and 24,000 in the United States.About Regorafenib (Stivarga®)Regorafenib is an oral multi-kinase inhibitor that potently blocks multiple protein kinases involved in tumor angiogenesis (VEGFR1, -2, -3, TIE2), oncogenesis (KIT, RET, RAF-1, BRAF), metastasis (VEGFR3, PDGFR, FGFR) and tumor immunity (CSF1R).Regorafenib is approved under the brand name Stivarga® in more than 90 countries worldwide, including the U.S., countries of the EU and Japan for the treatment of metastatic colorectal cancer (mCRC). The product is also approved in over 80 countries, including the U.S., countries of the EU and Japan, for the treatment of metastatic gastrointestinal stromal tumors (GIST). In the EU, Stivarga is indicated for the treatment of adult patients with mCRC who have been previously treated with, or are not considered candidates for, available therapies including fluoropyrimidine-based chemotherapy, an anti-VEGF therapy and an anti-EGFR therapy, as well as for the treatment of adult patients with unresectable or metastatic GIST who progressed on or are intolerant to prior treatment with imatinib and sunitinibRegorafenib is a compound developed by Bayer. In 2011, Bayer entered into an agreement with Onyx, now an Amgen subsidiary, under which Onyx receives a royalty on all global net sales of regorafenib in oncology.About Sorafenib (Nexavar®)Sorafenib, an oral anti-cancer therapy, has been shown in preclinical studies to inhibit multiple kinases thought to be involved in both cell proliferation (growth) and angiogenesis (blood supply) - two important processes that enable cancer growth. These kinases include Raf kinase, VEGFR-1, VEGFR-2, VEGFR-3, PDGFR-B, KIT, FLT-3 and RET.Sorafenib is marketed under the brand name Nexavar® and is approved for the treatment of certain forms of hepatocellular carcinoma (HCC), renal cell carcinoma (RCC) and differentiated thyroid carcinoma (DTC). Whilst licenses may differ from country to country, across all indications Nexavar is approved in more than 100 countries worldwide. In countries of the EU, Nexavar is approved for the treatment of (HCC); for the treatment of patients with advanced RCC who have failed prior interferon-alpha or interleukin-2 based therapy or are considered unsuitable for such therapy; and for progressive, locally advanced or metastatic, differentiated (papillary/follicular/Hürthle cell) thyroid carcinoma, refractory to radioactive iodine.Bayer has worldwide exclusive marketing rights for Nexavar, with Bayer paying a royalty on US sales to Amgen Inc. Outside the U.S., Bayer and Amgen share profits globally, excluding Japan.About Oncology at BayerBayer is committed to delivering science for a better life by advancing a portfolio of innovative treatments. The oncology franchise at Bayer includes three oncology products and several other compounds in various stages of clinical development. Together, these products reflect the company’s approach to research, which prioritizes targets and pathways, with the potential to impact the way that cancer is treated.Bayer: Science For A Better LifeBayer is a global enterprise with core competencies in the Life Science fields of health care and agriculture. Its products and services are designed to benefit people and improve their quality of life. At the same time, the Group aims to create value through innovation, growth and high earning power. Bayer is committed to the principles of sustainable development and to its social and ethical responsibilities as a corporate citizen. In fiscal 2015, the Group employed around 117,000 people and had sales of EUR 46.3 billion. Capital expenditures amounted to EUR 2.6 billion, R&D expenses to EUR 4.3 billion. These figures include those for the high-tech polymers business, which was floated on the stock market as an independent company named Covestro on October 6, 2015. For more information, go to www.bayer.com.SOURCE: Bayer