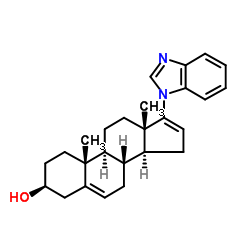 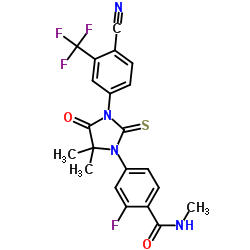 Based on a review of all safety and efficacy data, the DMC determined that the ARMOR3-SV trial will likely not succeed in meeting its primary endpoint of demonstrating an improvement in radiographic progression-free survival (rPFS) for galeterone versus enzalutamide in AR-V7 positive mCRPC. In making its recommendation, the DMC did not cite any safety concerns with galeterone in the trial. ARMOR3-SV is the first pivotal clinical trial in mCRPC to prospectively select AR-V7 positive patients, a population with an unmet medical need and aggressive disease course. The company plans to present data from the trial in a scientific forum once fully available and analyzed.“We are very disappointed by this outcome. An immediate priority is to analyze the unblinded study data in detail as we evaluate potential paths forward for galeterone and our pipeline,” said Jodie Morrison, President and Chief Executive Officer of Tokai. “We are deeply grateful for the support and commitment from the patients participating in the study, their caregivers, and the study investigators and their staff.”The company intends to evaluate its ongoing ARMOR2 expansion in mCRPC patients with acquired resistance to enzalutamide, and the planned study in patients who rapidly progress on either enzalutamide or abiraterone acetate. Tokai plans to allow all patients currently enrolled in the ARMOR2 and ARMOR3-SV trials to continue on therapy following consultation with their physicians and study investigators. The appropriate health authorities and clinical study investigators are being notified that ARMOR3-SV is being discontinued.As of June 30, 2016, Tokai had approximately $43.9M in cash and cash equivalents.About ARMOR3-SV

ARMOR3-SV was a pivotal Phase 3 trial comparing galeterone to Xtandi® (enzalutamide) in mCRPC treatment-naïve patients whose prostate tumors express the AR-V7 splice variant. These truncated ARs are missing the C-terminal end of the AR that contains the ligand-binding domain, which is known as C-terminal loss. AR-V7 is the most common form of C-terminal loss. The trial employed a precision medicine approach for selection of patients with the AR-V7 splice variant by using an AR-V7 clinical trial assay successfully optimized for global use by Qiagen. The primary endpoint of ARMOR3-SV was radiographic progression-free survival assessed by blinded independent central review.

Galeterone is an oral small molecule that utilizes the mechanistic pathways of current second-generation hormonal therapies, including abiraterone and enzalutamide, while also introducing a unique third mechanism – androgen receptor degradation – that impairs the function of androgen receptors, decreasing their sensitivity to androgen activity and reducing tumor growth. Tokai is developing galeterone for the treatment of patients with metastatic castration-resistant prostate cancer. Tokai has worldwide development and commercialization rights to galeterone.

Tokai Pharmaceuticals is a biopharmaceutical company focused on developing and commercializing innovative therapies for prostate cancer and other hormonally driven diseases. The company’s lead drug candidate, galeterone, is an oral small molecule that utilizes the mechanistic pathways of current second-generation hormonal therapies, while also introducing a unique third mechanism – androgen receptor degradation. Tokai is developing galeterone for the treatment of patients with metastatic castration-resistant prostate cancer. The company also has a cancer discovery program focused on compounds that potently and selectively degrade the androgen receptor. For more information on the company, please visit www.tokaipharmaceuticals.com.