VALBY, Denmark and PRINCETON, NJ, USA I September 23, 2016 I H. Lundbeck A/S (Lundbeck) and Otsuka Pharmaceutical Development & Commercialization, Inc. (Otsuka) announced today that the US Food and Drug Administration (FDA) approved the labeling update of Rexulti® (brexpiprazole) to reflect clinical data for maintenance treatment of schizophrenia. The approval was based on results from a long-term randomized withdrawal trial in adults with schizophrenia aged 18 to 65 years. 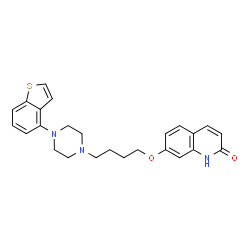 "There are approximately 2.4 million adults in the US with schizophrenia[i] and 75% of patients experience relapses where their symptoms return or worsen[ii]," said Dr. Christoph U. Correll, Professor of Psychiatry, Hofstra Northwell School of Medicine and medical director, Recognition and Prevention Program (RAP), The Zucker Hillside Hospital, both in New York. "These data, as included in the product labeling, confirm the utility of Rexulti in the maintenance treatment of patients with schizophrenia in order to help delay the time to relapse, giving patients and their physicians new data to consider when selecting an antipsychotic."Clinical Trial ResultsThe safety and efficacy of Rexulti as maintenance treatment in adults with schizophrenia aged 18 to 65 years were demonstrated in a long-term randomized withdrawal trial. After cross-titration from a prior antipsychotic to Rexulti and a 12 to 36-week, single-blind Rexulti stabilization phase, patients who had been symptomatically stable on Rexulti for 12 consecutive weeks in the stabilization phase were randomized in a double-blind treatment phase to either Rexulti (n=97) or placebo (n=105). Impending relapse during the double-blind phase was determined if patients met any of the following pre-specified criteria: worsening symptoms defined by changes in PANSS or CGI-I scores; hospitalization for worsening psychotic symptoms; suicidal behavior or; violent/aggressive behavior.A pre-specified interim analysis conducted after about 50% of the expected relapses (in order to minimize continued exposure to placebo) demonstrated a statistically significant longer time to relapse in patients randomized to Rexulti compared to placebo. The trial was subsequently terminated early because maintenance of efficacy had been demonstrated. The final analysis demonstrated a statistically significant longer time to relapse (hazard ratio: 0.292, p < 0.0001) in patients randomized to Rexulti (1 mg/day to 4 mg/day) compared to placebo. The key secondary endpoint, the proportion of subjects who met the criteria for impending relapse, was statistically significantly lower in Rexulti-treated patients compared with placebo group.Brexpiprazole in EuropeLundbeck and Otsuka anticipate submitting a Marketing Authorization Application (MAA) to the European Medicines Agency (EMA) for the use of brexpiprazole in the treatment of adult patients with schizophrenia.About Rexulti (brexpiprazole)Rexulti is discovered by Otsuka and co-developed by Otsuka and Lundbeck. The mechanism of action for Rexulti in the adjunctive treatment of major depressive disorder or schizophrenia is unknown. However, the efficacy of Rexulti may be mediated through a combination of partial agonist activity at serotonin 5-HT1A and dopamine D2 receptors, and antagonist activity at serotonin 5-HT2A receptors. Rexulti exhibits high affinity (sub-nanomolar) for these receptors as well as for noradrenaline alpha1B/2C receptors. The drug was approved in the US in July 2015 as an adjunctive therapy to antidepressants in adults with major depressive disorder and as a treatment in adults with schizophrenia.About H. Lundbeck A/SH. Lundbeck A/S (LUN.CO, LUN DC, HLUYY) is a global pharmaceutical company specialized in psychiatric and neurological disorders. For more than 70 years, we have been at the forefront of research within neuroscience. Our key areas of focus are depression, schizophrenia, Parkinson's disease and Alzheimer's disease.An estimated 700 million people worldwide are living with psychiatric and neurological disorders and far too many suffer due to inadequate treatment, discrimination, a reduced number of working days, early retirement and other unnecessary consequences. Every day, we strive for improved treatment and a better life for people living with psychiatric and neurological disorders — we call this Progress in Mind.Our approximately 5,000 employees in 55 countries are engaged in the entire value chain throughout research, development, manufacturing, marketing and sales. Our pipeline consists of several late-stage development programmes and our products are available in more than 100 countries. We have research centres in China and Denmark and production facilities in China, Denmark, France and Italy. Lundbeck generated core revenue of DKK 14.6 billion in 2015 (EUR 2 billion; USD 2.2 billion).For additional information, we encourage you to visit our corporate site www.lundbeck.com and connect with us on Twitter at @Lundbeck.About Otsuka Pharmaceutical Development & Commercialization, Inc.Otsuka Pharmaceutical Development & Commercialization, Inc. (OPDC) is an innovative, fast-growing healthcare company that discovers and develops new compounds that address unanswered medical needs and advance human health. With a focus on neuroscience, oncology, and cardio-renal treatments, OPDC is dedicated to improving the health and quality of human life. For more information, visit www.otsuka-us.com and follow Otsuka on Twitter at @OtsukaUS.OPDC is a subsidiary of Otsuka America, Inc. (OAI), a holding company established in the U.S. in 1989. OAI is wholly owned by Otsuka Pharmaceutical Co., Ltd. The Otsuka Group employs approximately 42,000 people globally and its products are available in more than 80 countries worldwide. Otsuka welcomes you to visit its global website at http://www.otsuka.co.jp/en/index.php.SOURCE: Lundbeck