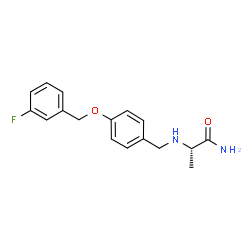 Andrew Lees, MD FRCP, FMedSci, Professor of Neurology, (The National Hospital for Neurology and Neurosurgery, Queen Square and Emeritus Director, Reta Lila, Weston Institute of Neurological Studies, University College London, Institute of Neurology) said: “After 10 years with no new drugs for Parkinson’s disease I welcome the addition of another effective treatment option for patients”.Maurizio Castorina, CEO of Zambon S.p.A. said: “We are committed to developing innovative therapies for patients suffering from PD and other central nervous system diseases. Xadago® offers PD patients a novel therapeutic option in the treatment of this progressive disease”.The U.K is the latest country launching Xadago®, which is also available in seven other countries: Germany, Switzerland, Spain, Italy, Belgium, Denmark, and Sweden.‘This medicine is subject to additional monitoring. This will allow quick identification of new safety information. You can help by reporting any side effects you may get. See www.mhra.gov.uk/yellowcard for how to report side effects.’About Xadago® (safinamide)

Safinamide is a new chemical entity with a unique mode of action including selective and reversible MAO-B-inhibition and blocking of voltage dependent sodium channels which leads to modulation of abnormal glutamate release. Clinical trials have established its efficacy in controlling motor symptoms and motor complications in the short term, with data supporting this effect over 2 years. Results from 6 month double-blind controlled studies suggest that safinamide shows statistically significant effects on motor fluctuations (ON/OFF time) without increasing the risk of developing troublesome dyskinesia. Safinamide is a once-daily dose and has no diet restrictions. Zambon has the rights to develop and commercialize Xadago® globally, excluding Japan and other key territories where Meiji Seika has the rights to develop and commercialize the compound. The rights to develop and commercialize Xadago® in the USA have been granted to US WorldMeds, by Zambon.

PD is the second most common chronic progressive neurodegenerative disorder in the elderly after Alzheimer’s disease, affecting 1-2% of individuals aged ≥ 65 years worldwide. The prevalence of the PD market is expected to grow in the next years due to the increase in the global population and advancements in healthcare that contribute to an aging population at increased risk for PD. The diagnosis of PD is mainly based on observational criteria of muscular rigidity, resting tremor, or postural instability in combination with bradykinesia. As the disease progresses, symptoms become more severe. Early-stage patients are more easily managed on L-dopa. L-dopa remains as the most effective treatment for PD, and over 75% of the patients with PD receive L-dopa. However, long term treatment with L-dopa leads to seriously debilitating motor fluctuations, i.e. phases of normal functioning (ON-time) and decreased functioning (OFF-time). Furthermore, as a result of the use of high doses of L-dopa with increasing severity of the disease, many patients experience involuntary movements known as L-dopa-Induced Dyskinesia (LID). As the disease progresses, more drugs are used as an add-on to what the patient already takes, and the focus is to treat symptoms while managing LID and the “off-time” effects of L-dopa. Most current therapies target the dopaminergic system that is implicated in the pathogenesis of PD, and most current treatments act by increasing dopaminergic transmission that leads to amelioration of motor symptoms.

Zambon is a leading Italian pharmaceutical and fine-chemical multinational company that has earned a strong reputation over the years for high quality products and services. Zambon is well-established in 3 therapeutic areas: respiratory, pain and woman care, and is very strongly committed to its entry into the CNS space. Zambon S.p.A. produces high quality products thanks to the management of the whole production chain which involves Zach (Zambon chemical), a privileged partner for API, custom synthesis and generic products. The Group is strongly working on the treatment of the chronic respiratory diseases as asthma and BPCO and on the CNS therapeutic area with Xadago® (safinamide) for the Parkinson treatment. Zambon is headquartered in Milan and was established in 1906 in Vicenza. Zambon is present in 19 countries with subsidiaries and almost 2,700 employees with manufacturing units in Italy, Switzerland, France, China and Brazil. Zambon products are commercialized in 84 countries.

Newron (SIX: NWRN) is a biopharmaceutical company focused on the development of novel therapies for patients with diseases of the central nervous system (CNS) and pain. The Company is headquartered in Bresso near Milan, Italy. In addition to Xadago® for Parkinson’s disease, Newron has a strong pipeline of promising treatments for rare disease patients at various stages of clinical development.