Known as the ‘Food of the Gods,’ pomegranates are high in water content, known to rebuild cells, and offer anti-aging benefits. According to a research study held in Switzerland by the Ecole polytechnique federale de Lausanne (EPFL), it was found that pomegranates contain a powerful molecule called urolithin A, which assists in regenerating damaged or worn out cells, and makes way for new cells in the process. 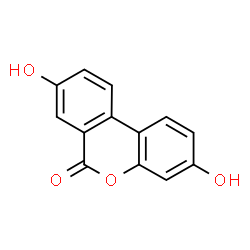 The magical molecule isn’t produced by the fruit on its own. It requires assistance from the bacteria found in the human gut to enable muscle cells and protect against aging. “It’s the only known molecule that can re-launch the mitochondrial clean-up process. We believe our research, uncovering the benefits of urolithin A, holds promise in reversing muscle aging,” said Patrick Aebischer, the head of the Neurodegenerative Disease Laboratory at the EPFL.

Considered one of the best anti-aging foods, pomegranates are a very good source of vitamins C and K, dietary fiber, and folate. In addition, it’s low in sodium and cholesterol. According to the SELF Nutrition Data web site, a whole, raw pomegranate with an edible portion of 282 grams contains 234 calories with no cholesterol and trans fat.