Intercept does not expect restrictive boxed warning for Ocaliva

(Reuters) - Intercept Pharmaceuticals Inc said its liver drug, Ocaliva, could carry a boxed warning to help ensure proper dosing but does not expect the updated labeling to be restrictive, sending its shares higher.

The stock, which had dropped 41 percent over the past two trading days, rose as much as 6.2 percent on Monday. Shares were up 1.5 percent at $62.40 in late morning trade. 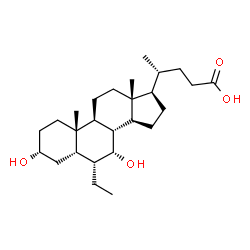 Chief Executive Mark Pruzanski said the company was “not anticipating on changes that restrict the use (of the drug) in any part of the population” as of today, based on the discussions with the U.S. Food and Drug Administration.A boxed warning on the label is FDA’s strictest warning and calls attention to serious or life-threatening risks of a drug.Ocaliva, approved last May, is used to treat primary biliary cholangitis (PBC), a rare, chronic liver disease that causes bile ducts in the liver to become inflamed, damaged and destroyed.On Thursday, however, the FDA warned about Ocaliva being incorrectly dosed in some patients with PBC, increasing the risk of liver injury and death.Nineteen deaths and 11 cases of serious liver injury were associated with the use of Ocaliva, the FDA said.Ocalvia accounted for nearly all of the company’s $30.9 million in total revenue in the second quarter ended June 30.Reporting by Manas Mishra in Bengaluru; Editing by Sai Sachin Ravikumar and Bernard Orr